Arsenal rode their luck and needed a late equaliser from Henrikh Mkhitaryan to salvage a 1-1 draw against Wolves at the Emirates this evening. 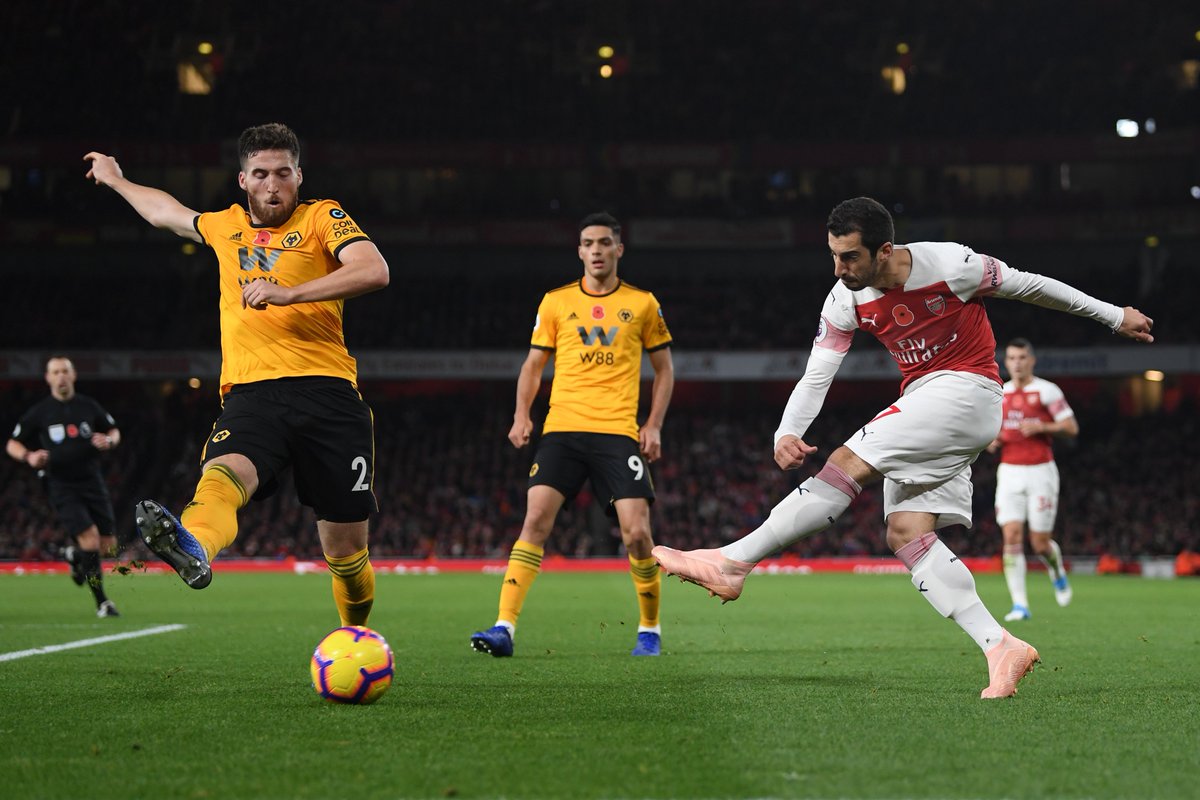 A below par Arsenal side rode their luck and needed a late equaliser from Henrikh Mkhitaryan to salvage a 1-1 draw against Wolves at the Emirates this evening.

We began slowly and our sloppy play gifted Wolves the chance of the opening goal as Granit Xhaka’s error in the middle of the park led to Ivan Cavaleiro sweeping home at the front post to hand the visitors the lead in the 13th minute.

Arsenal continued to struggle and it was Wolves who were looking the more likely to score again with Bernd Leno called in to action to ensure we stayed within touch of the Midlands club.

Unai Emery changed things up at half-time but Arsenal still toiled for much of the second period until we finally showed some urgency during the final ten minutes. We eventually found an equaliser in the 86th minute as substitute Henrikh Mkhitaryan’s cross evaded everyone and found the back of the net to make it 1-1.

Wolves could have won it in injury time but first Leno did well to deny Traore before the visitors hit the bar as Arsenal held on to secure a point that extends our unbeaten run to 16 games. However, we’re now three points adrift of the top four and eight off leaders Man City.