England hope to give Wayne Rooney the perfect send off after inviting him back into the squad for Thursday night’s friendly against the USA at Wembley. 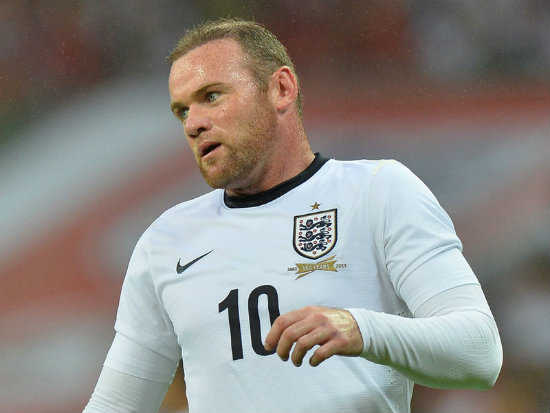 England will be hoping to give Wayne Rooney the perfect send off after inviting him back into the squad for Thursday night’s friendly against the USA at Wembley.

Rooney called time on his international career last year but England’s all-time top goalscorer is back in the squad in honour of his charity pursuits and is expected to earn his 120th cap with a late cameo appearance tomorrow night.

Gareth Southgate will use the friendly as preparation for Sunday’s crucial Nations League group game with Croatia and the Three Lions boss will be hoping to build some momentum after the stunning 3-2 win over Spain last time out.

Southgate has certainly got the feel-good factor back within international football after guiding England to the semi-finals of the World Cup in the summer so things seem to be going in the right direction.

USA should provide a solid test for England tomorrow but they’re still recovering after failing to make the World Cup finals in Russia this summer – which was the first World Cup they’ve missed since 1990.

England are the 1/4 favourites to win the game but top sports bettors and savvy casino players know value is the most important thing when betting so we need to find something that will bring us greater returns.

Those who feel England will slip-up tomorrow can back the draw at odds of 9/2 while a USA win is available at 12/1 but I think the Three Lions will claim victory at Wembley so lets have a look at some decent bets.

The Americans are dodgy at the back but they are a threat going forward as they’ve scored in seven of their last eight games, including matches with France and Germany, so with the likes of Christian Pulisic in their ranks I think we’ll see both team scoring in this match. Combine BTTS with an England win and we get excellent odds of 23/10.

Rooney is expected to come on in the second half and no doubt his team mates will be desperate for him to register another England goal so Rooney to be the last scorer at odds of 10/3 also looks tempting.