Here is our match preview ahead of Chelsea Europa League clash with PAOK including team news, expected line-ups and predicted score

Chelsea will be looking to guarantee top spot in Group L when they take on PAOK Salonika in the Europa League at Stamford Bridge this evening.

The Blues will be desperate to get back to winning ways after seeing their unbeaten start to the Premier League season end with a disappointing 3-1 defeat to Tottenham Hotspur at Wembley last weekend which has left them sitting fourth in the table and seven points off leaders Man City.

Maurizio Sarri’s men are six points clear of Vidi so a point will be enough to see them progress as group winners but no doubt Chelsea will want to maintain their 100% record in the competition with a fifth straight victory.

Chelsea will be without Eden Hazard as the Belgian international won’t be risked due to a minor ankle injury but the attacker is expected to be fit for the league clash with Fulham on Sunday.

Victor Moses is also on the sidelines with a back injury but the likes of Willy Caballero, Davide Zappacosta, Gary Cahill, Cesc Fabregas, Ross Barkley, Ruben Loftus-Cheek and Olivier Giroud are pushing for recalls.

Sarri will rest his key men so we should see Cesar Azpilicueta, David Luiz, Antonio Rudiger, Marcos Alonso, Jorginho, N’Golo Kante and Alvaro Morata given the night off. 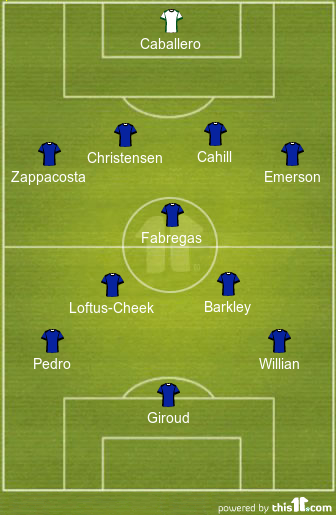 Chelsea 2-0 PAOK: The Blues won the reverse fixture 1-0 in Greece earlier in the season and they’ve never lost a UEFA/Europa League game at Stamford Bridge so they’ll be extremely confident of maintaining that record this evening. Chelsea will want to put the Spurs defeat behind them and although it will be a weakened side on show, I think they’ll still have too much for PAOK to handle.