This is our match preview ahead of Liverpool’s Premier League clash with Everton including team news, expected line-ups and predicted score

Liverpool will be looking for a win to keep pace with Manchester City at the top of the table when they welcome Everton to Anfield on Sunday afternoon.

City extended their lead over Liverpool to five points with a 3-1 victory over Bournemouth this afternoon so the Reds desperately need a win over their Merseyside rivals in order to keep in touch with Pep Guardiola’s side.

Liverpool will be keen to get back to winning ways after a disappointing 2-1 defeat to Paris Saint-Germain on Wednesday night that has left their hopes of qualifying for the knockout stages of the Champions League hanging in the balance.

Everton make the short trip to Anfield in fine form as they held Chelsea to a 0-0 draw at Stamford Bridge before beating Cardiff City last weekend to move in to the top seven so Marco Silva will be hoping to maintain the momentum with a positive result on Sunday.

Liverpool will have to make-do without captain Jordan Henderson as he’ll serve a one-game suspension following his sending off at Watford last weekend but Xherdan Shaqiri and Naby Keita are pushing for recalls.

Adam Lallana returned to training on Thursday after recovering from injury so he could be in the squad but a place on the bench is the best he can hope for while Alex Oxlade-Chamberlain remains out with a long-term knee injury.

Everton have no fresh injury concerns to worry about and Silva could name an unchanged line-up for the third game running – although Ademola Lookman is hoping to have earned a start. 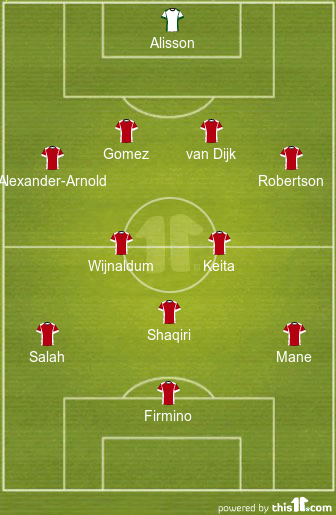 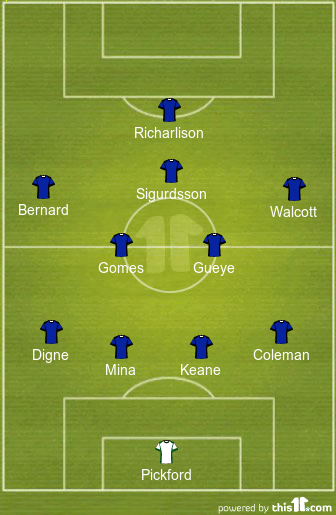 Liverpool 2-1 Everton: The Toffees haven’t won at Anfield since 1999 and Liverpool are unbeaten in each of their last 17 matches against Everton so Klopp’s side will be in confident mood heading in to this one. Wednesday’s defeat in Paris will have taken a lot out of the Liverpool players so I’m not expecting them to be on top form but I do think they’ll have too much for Everton in the end. I’m backing a 2-1 home win.