Here is our match preview ahead of Arsenal’s Premier League clash with Tottenham at the Emirates including team news, line-ups and prediction

Unai Emery will taste his first North London Derby when Arsenal take on Tottenham Hotspur at the Emirates Stadium on Sunday afternoon.

The Gunners warmed up for the game with a routine win over FC Vorskla in the Europa League with the fringe players easing to a 3-0 victory on Thursday night to book their place in the knockout stages of the competition as group winners.

However, it’s Premier League matters at hand tomorrow and Arsenal will be desperate to secure all three points as it would move them level on points with third-placed Tottenham in the table and extend their unbeaten run to 19 games in all competitions.

It’s not going to be an easy task though as Spurs are in fine form themselves having kept alive their Champions League hopes with a 1-0 win over Inter Milan on Wednesday night while they ended Chelsea’s unbeaten start to the season with an impressive 3-1 at Wembley last weekend.

Mauricio Pochettino knows a win over Arsenal would not only open-up a six-point gap from their fifth-placed rivals but it would also maintain the pressure on the top two so we should be in for an exciting game in north London on Sunday.

Arsenal are expected to be able to call upon the services of Alexandre Lacazette as the striker is back in full training after missing the Bournemouth game last weekend with a groin injury.

Nacho Monreal remains out with a hamstring injury and Danny Welbeck is facing a long road to recovery after breaking his ankle last month. Laurent Koscielny made his playing comeback with a run out for the U23’s last week but he’s not expected to be involved tomorrow.

Emery will recall a number of his key players with the likes of Hector Bellerin, Sokratis, Lucas Torreira, Granit Xhaka, Mesut Ozil and Pierre-Emerick Aubameyang expected to start after being rested in midweek.

Tottenham will make a late decision over Erik Lamela as he picked up a thigh problem against Inter Milan on Wednesday while Kieran Trippier remains out with a groin problem that’s kept him out of the last two matches.

Mousa Dembele, Davinson Sanchez and Victor Wanyama remain on the sidelines but Jan Vertonghen made a successful comeback in midweek. 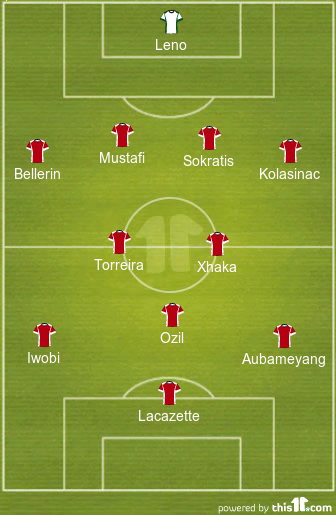 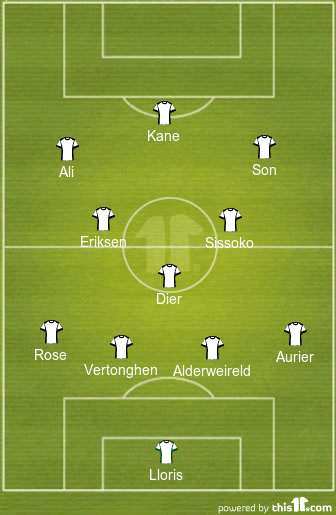 Arsenal 2-2 Tottenham: Arsenal are on a fine run having not lost any of their last 18 matches but Tottenham also come in to the game in great form as they’ve won each of their last six matches in all competitions. Spurs have held the bragging rights recently as Arsenal have won just one of the last eight North London Derbies in the league but the Gunners have lost just one of their last 25 home league games against Tottenham. This promises to be an entertaining game but I think it will end in a score draw.