Here is our match preview ahead of Chelsea Premier League clash with Fulham including team news, expected line-ups and predicted score

Chelsea will look to cement their position in the top four with a win when Fulham arrive at Stamford Bridge on Sunday afternoon.

The Blues ensured safe passage to the knockout stages of the Europa League as group winners after easing to a 4-0 win over PAOK Salonika on Thursday night but they will be firmly focussed on Premier League matters tomorrow.

Chelsea saw their unbeaten start to the new campaign come to an abrupt end with a 3-1 defeat at Tottenham last weekend so Maurizio Sarri has demanded a response from this players on Sunday.

The loss at Wembley has left Chelsea sitting fourth in the table and ten points off leaders Manchester City but with Arsenal just one point behind in fifth, the west Londoners need a win over Fulham or they risk dropping out of the top four.

They should be confident of collecting all three points tomorrow as the Cottagers arrive at the Bridge sitting rock bottom of the table having taken just 8 points from their 13 games so far this season.

However, new boss Claudio Ranieri will return to his former club after replacing Slavisa Jokanovic last month and the Italian got off to the perfect start after beating Southampton 3-2 last weekend.

Chelsea will be able to call upon Eden Hazard as the Belgian international is expected to shake-off a minor knock to start in attack but Victor Moses misses out with a back injury.

Sarri made 10 changes to his side on Thursday night so the likes of Cesar Azpilicueta, Antonio Rudiger, David Luiz, Marcos Alonso, Jorginho, N’Golo Kante, Alvaro Morata and Willian are set to be recalled.

Fulham will have to make-do without the services of Andre Anguissa as he’s nursing a hamstring injury while Kevin McDonald is also sidelined with his own hamstring complaint. 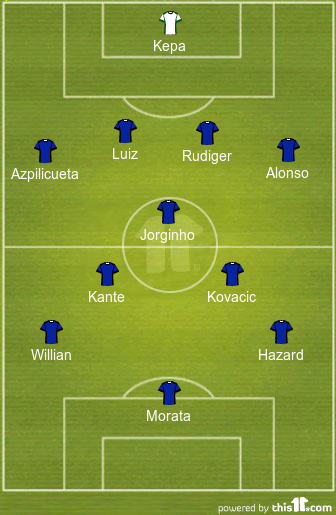 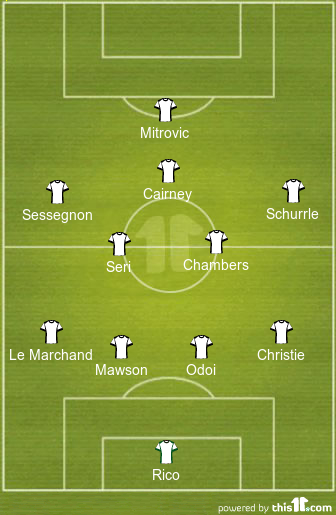 Chelsea 3-0 Fulham: Chelsea have lost just one of their last 26 Premier League matches with Fulham and the Cottagers have won just one of their last 24 trips to Stamford Bridge so the hosts should be confident of collecting all three points tomorrow. No doubt Ranieri will be desperate to get a result against his former side but I can’t see past a comfortable Chelsea win.