Liverpool will assess the fitness of Sadio Mane and Andrew Robertson after they picked up knocks as Jurgen Klopp looks to make changes at Burnley. 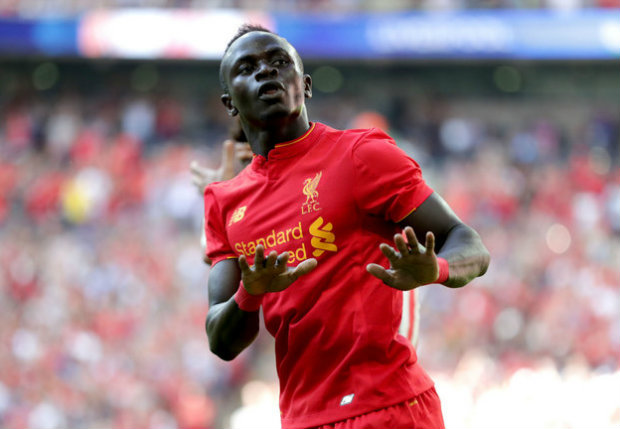 Liverpool will assess the fitness of Sadio Mane and Andrew Robertson after they picked up knocks against Everton as Jurgen Klopp prepares to freshen things up at Burnley.

Mane completed the full ninety minutes as Liverpool snatched a dramatic last gasp win over Merseyside rivals Everton at Anfield on Sunday afternoon thanks to a close range Divock Origi header in the 96th minute.

However, Klopp has confirmed the Senegalese international picked up a minor foot injury against the Toffees and will need to be assessed ahead of Liverpool’s trip to Turf Moor on Wednesday night.

In what is a double concern for the Reds, Klopp also revealed that Robertson ended the game on Sunday afternoon with a dead leg so the Scottish international full-back is also a doubt to face Burnley.

Klopp’s men were back at Melwood for a recovery session on Monday afternoon and the Liverpool boss has hinted he’s ready to freshen things up by rotating his squad against Sean Dyche’s side on Wednesday.

“We have to see, but we have opportunities, options [and] we can make different line-ups. We’ll see,”

“But Sadio got a real knock on his foot, we’ll have to see how that ends. He played a game, huh?! He was so quick, unbelievable. But that’s only one thing.

“Hopefully all the rest [will be OK]. Robbo I think [has a] dead leg, his hip, so in the moment we have to see.

“Of course, we play in three days, that’s really hard, but tonight we don’t have to think about that. We celebrate, go home, [have a] proper sleep. Tomorrow, recovery, and then we’ll make ourselves ready for Burnley.”

Liverpool skipper Jordan Henderson is back in contention after serving his one-match suspension against Everton while Dejan Lovren is also expected to return to the squad after being left out of the Merseyside derby.

If Robertson is ruled out then Alberto Moreno is on stand-by to deputise at left-back while the likes of Daniel Sturridge and Divock Origi are also pushing for recalls in attack if Mane isn’t risked against Burnley.

James Milner and Naby Keita are options for Klopp if he wants to rotate his midfield while centre-back Joel Matip will be hoping to be involved having fallen out-of-favour this season but Alex Oxlade-Chamberlain remains out with a long-term knee injury.

Liverpool head in to the midweek action sitting two points adrift of Premier League leaders Manchester City following the narrow win over Everton so they’ll want to maintain the pressure with another victory over Burnley.