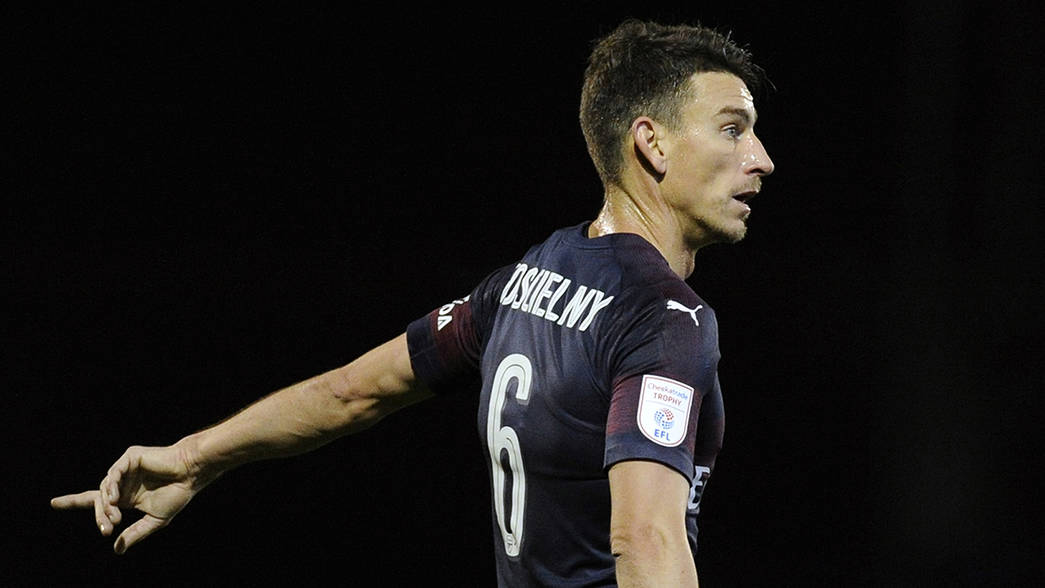 Arsenal have eased fears that Laurent Koscielny has suffered a setback after he limped out of the U21’s defeat to Portsmouth in the Checktrade Trophy on Tuesday night.

Koscielny has been out of first team action since rupturing his Achilles against Atletico Madrid during our Europa League semi-final clash in May of last season and he’s been working his way back to full fitness in recent months.

The Frenchman returned to first team training in October and made his playing comeback with a 45 minute run out for the Arsenal U23’s during their defeat to Derby County last Monday.

Koscielny stepped-up his return after starting for the U21’s during their 2-1 Checktrade Trophy defeat to Portsmouth at Fratton Park on Tuesday night but the 33-year-old sparked fears he’d suffered a setback after limping off during the closing stages of the game.

However, speaking to the Islington Gazette after the match, U21’s boss Freddie Ljungberg played down Koscielny’s withdrawal after confirming the defender was only suffering from cramp and didn’t pick up any new injury problem.

He told the newspaper:

“It was a bit sad [because] he signalled to me before their goal he had cramp. I told him to go down, H wasn’t injured. It was just cramp, but unfortunately he couldn’t move.

“We understood that he wasn’t worried at all, it was just some cramp.”

Arsenal have now issued a formal update on Arsenal.com confirming that Koscielny came through the game against Portsmouth on Tuesday night ‘without complications’.

The club also confirmed that the experienced defender won’t be involved against Man Utd tonight, obviously, but he’ll be assessed ahead of Saturday’s Premier League clash with Huddersfield Town.

So we can breath a sign of relief as Koscielny hasn’t suffered any setback but the fact he’s getting cramp while playing means he’s clearly not ready to feature for the first team just yet.

I expect Kos to be eased in to action and he’ll probably play at least one more time for the youth teams before Unai Emery’s considers him for first team selection.