Arsenal needed a late Lucas Torreira goal to see-off Huddersfield Town at the Emirates to extend our unbeaten run to 21 games. Watch the goal here 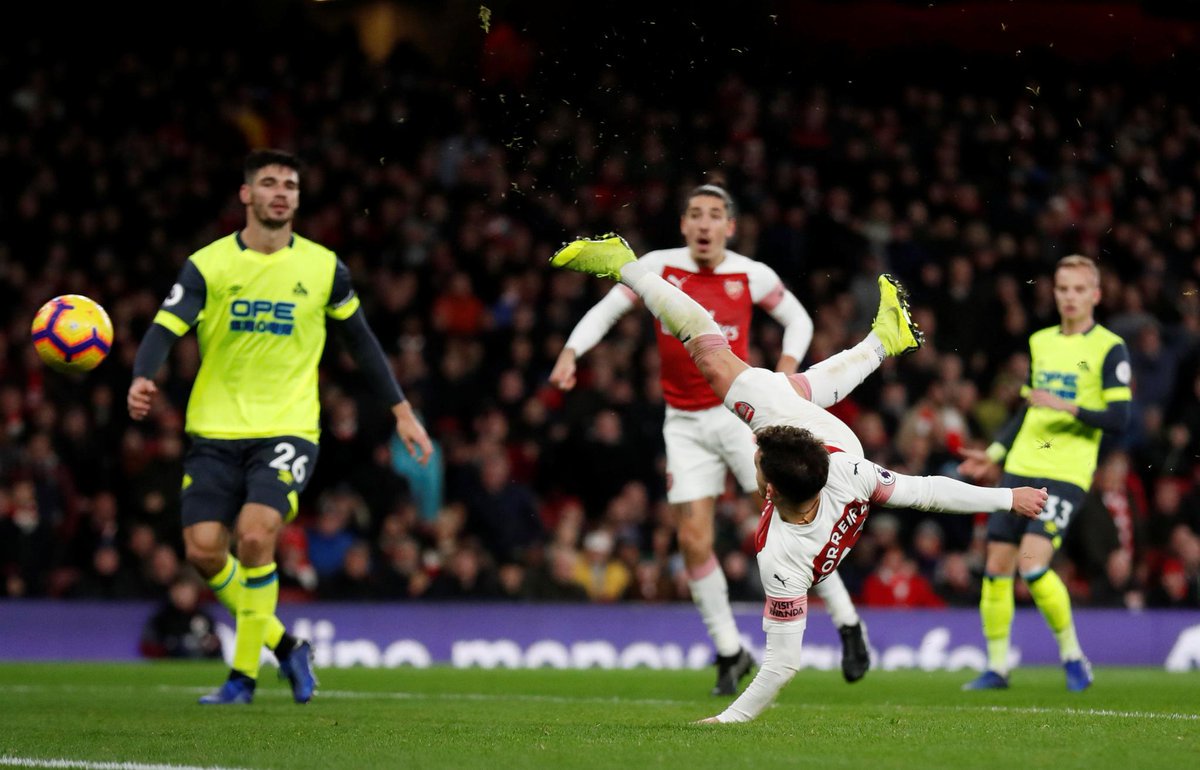 Arsenal needed a late Lucas Torreira goal to see-off Huddersfield Town at the Emirates to extend our unbeaten run to 21 games and climb up to third in the Premier League table.

Arsenal missed two golden opportunities to open the scoring in the first half as Pierre-Emerick Aubameyang fired wide at the near post before Alexandre Lacazette blazed over when well placed just minutes later.

Lacazette then had a goal controversially ruled out for offside despite the play entering a second phase when the Huddersfield player passed the ball so the Emirates crowd were frustrated at half time.

Huddersfield continued to dig deep after the break and were doing their best to disrupt our flow in midfield and restrict us to half-chances, however, we eventually managed to find a breakthrough.

Matteo Guendouzi found Aubameyang with a lovely ball and the Gabon international did superbly well to control it and dig out a cheeky cross. Lucas Torreira was the man waiting and he slammed home an acrobatic volley to make it 1-0 in the 83rd minute.

Huddersfield couldn’t find a late equaliser to Arsenal secured a 1-0 win that extends our unbeaten record to 21 games in all competitions and sees us climb up to third in the table ahead of Chelsea v Man City and Leicester v Tottenham this evening.

Watch the highlights and the goal here: