Some Arsenal fans have savaged Bernd Leno for his performance during our 3-2 defeat to Southampton this afternoon that ended our 22-game unbeaten run. 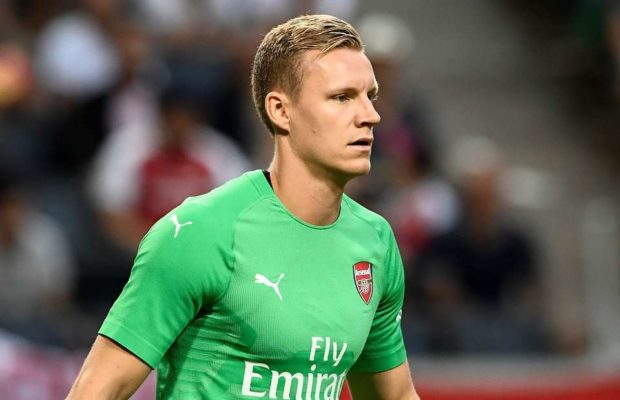 Some Arsenal fans have savaged Bernd Leno for his performance during our 3-2 defeat to Southampton this afternoon that ended our 22-game unbeaten run.

After being recalled to the starting eleven following his rest in the Europa League on Thursday night, Leno had a game to forget as he was unable to stop Southampton taking the lead thanks to a 20th minute header from Danny Ings.

Henrikh Mkhitaryan equalised with a header but the hosts restored their lead on the stroke of half-time as Ings once again sent a looping header beyond Leno to make it 2-1 to Southampton at the break.

A deflected Mkhitaryan effort made it 2-2 shortly after the half-time but a howler from Leno gifted Southampton all three points as he got nowhere near a late cross and allowed Charlie Austin to head in to an empty net for 3-2 in the 85th minute.

The defeat ended our long unbeaten run and fans have vented their frustration at Leno with some calling the goalkeeper a ‘walking disaster’ while other labelled his performance at St Mary’s this afternoon ‘shocking’.

This isn’t the first mistake Leno has made in recent weeks and some fans have suggested that our summer signing from Bayer Leverkusen isn’t a Champions League level keeper while another supporter claimed he’d rather we kept Wojciech Szczesny.

It’s certainly been an inconsistent start to life in north London for Leno as he’s produced some excellent performances and made some superb saves – including one wonder save at 2-2 this afternoon.

However, his tendency to make mistakes is worrying and it’s something he’s going to need to stamp out of his game if he’s to be considered a top class goalkeeper with Arsenal.

Check out what some fans have been saying:

Leno is a disaster for crosses. Expected a lot when we played them

And again, Bernd freaking Leno. How awful can you be? We sold David Ospina just to get another David Ospina. Would rather take back Wojciech Szczesny anyday.

Leno is awful with any cross ?? #afc

Özil hiding and doesn’t want to receive the ball and losing it in midfield and Leno howler at the other end.

Easily the worst defensive performance I have seen this season. Leno awful, defence missing at key times, and no help at all from the midfielders.

Emery got it wrong, wrong starting 11 and wrong subs, Kos and ozil should not of been on the pitch. Leno was woeful, even auba looked half hearted. #Arsenal

Disappointing not to take anything at S'ham today.. that defence was never up to it and was asking too much. Poor mistake by Leno to give them 3 points. Not bothered about losing the unbeaten run, other teams above us will drop points at some point #SOUARS #AFC