Liverpool, Man Utd, Tottenham and Man City have discovered their fate after the draw for the last-16 of the Champions League was conducted this morning.

Liverpool, Manchester United, Tottenham and Manchester City have discovered their fate after the draw for the last-16 of the Champions League was conducted this morning.

Liverpool booked their place in the last-16 thanks to a dramatic 1-0 victory over Napoli at Anfield last week. The win secured second place in Group C behind Paris Saint-Germain and Jurgen Klopp’s men have now been drawn to face German giants Bayern Munich.

Manchester United also finished second in their group with the Red Devils having to settle for the runners-up spot behind Juventus in Group H after losing their final game to Valencia last week. Jose Mouriho’s side have now been drawn to face PSG in the next stage of the competition and it will be a big task for United to reach the quarter finals.

Manchester City made light work of the group stages of the Champions League as the Premier League champions finished five points clear of Lyon at the top Group F and they’ve been rewarded by getting Schalke in the last-16. Pep Guardiola will be pleased with that draw and no doubt City will be the red hot favourites to progress.

Tottenham ensured all four English sides made it through to the knockout stages after drawing 1-1 at Barcelona last week and with Inter Milan failing to beat PSV at the San Siro, Mauricio Pochettino’s men snatched second place. The north Londoners have been drawn to face Bundesliga leaders Borussia Dortmund in the last-16 and it’s sure to be an exciting double-header between two attacking sides.

It’s fair to say we have some huge matches to look forward to in February and March next year. Liverpool, Spurs and United have all got difficult tasks ahead of them but City should breeze in to the last-8 of the Champions League. 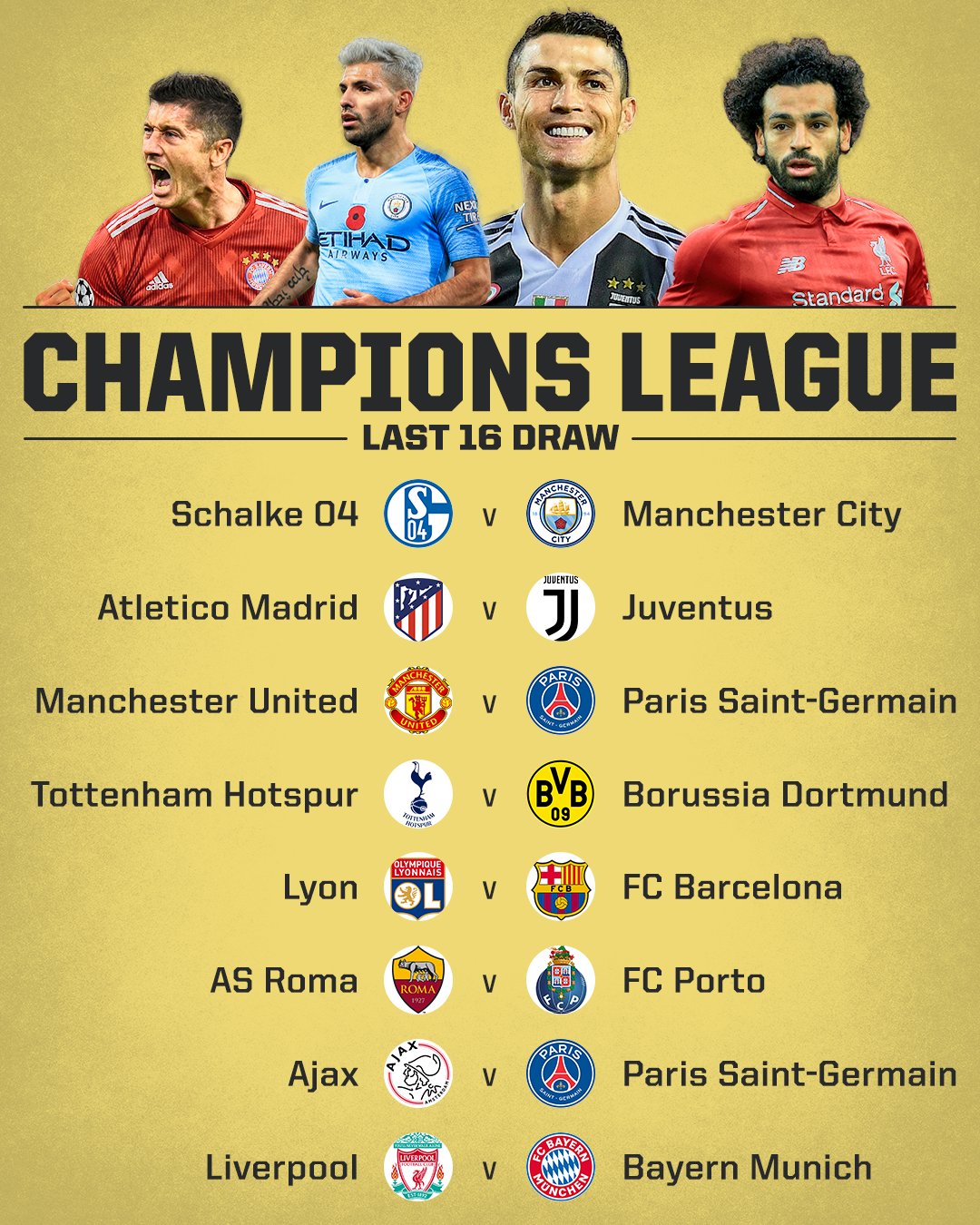