Europa League Last-32 Draw: Find Out Who Arsenal & Chelsea Got In The Knockout Stages

Arsenal and Chelsea have discovered their fate after the draw for the last-32 of the Europa League was conducted this lunchtime.

Arsenal, Chelsea and Celtic have discovered their fate after the draw for the last-32 of the Europa League was conducted this lunchtime.

Arsenal made light work of the group stages as Unai Emery’s side finished top of Group E on 16 points after winning five and drawing one of their six games against Sporting Lisbon, Qarabag and Vorskla.

The Gunners have now been drawn to face Belarusian champions BATE Borisov in the knockout stages of the competition after they finished second behind Chelsea in Group L.

Chelsea also breezed in to the last-32 of the Europa League with the same record as Arsenal as they took 16 points from their matches against BATE Borisov, Vidi and PAOK Salonika.

Maurizio Sarri’s men have been drawn to take on Swedish outfit Malmo after they booked their place in the knockouts after finishing second in Group I behind Genk.

Celtic snatched second place in Group B on the final game last week. The Scottish champions lost at home to RB Salzburg but a dramatic late equaliser from Rosenborg denied RB Leipzig the win they needed so Celtic held on to finish runners-up and they’ve now been drawn to face Valencia in the knockout stages after they dropped down from the Champions League.

The first legs will be played on February 14th 2019 but UEFA have confirmed Arsenal will have to play the second leg of their tie with  at the Emirates Stadium on Wednesday 20th February, kicking off at 5pm, to avoid a clash with Chelsea – who will play their game the following night as scheduled.

Chelsea and Arsenal will clearly be the favourites in their ties to progress to the last-16 but Celtic face a tricky test to see-off Valencia over two legs.

Here is the draw in full: 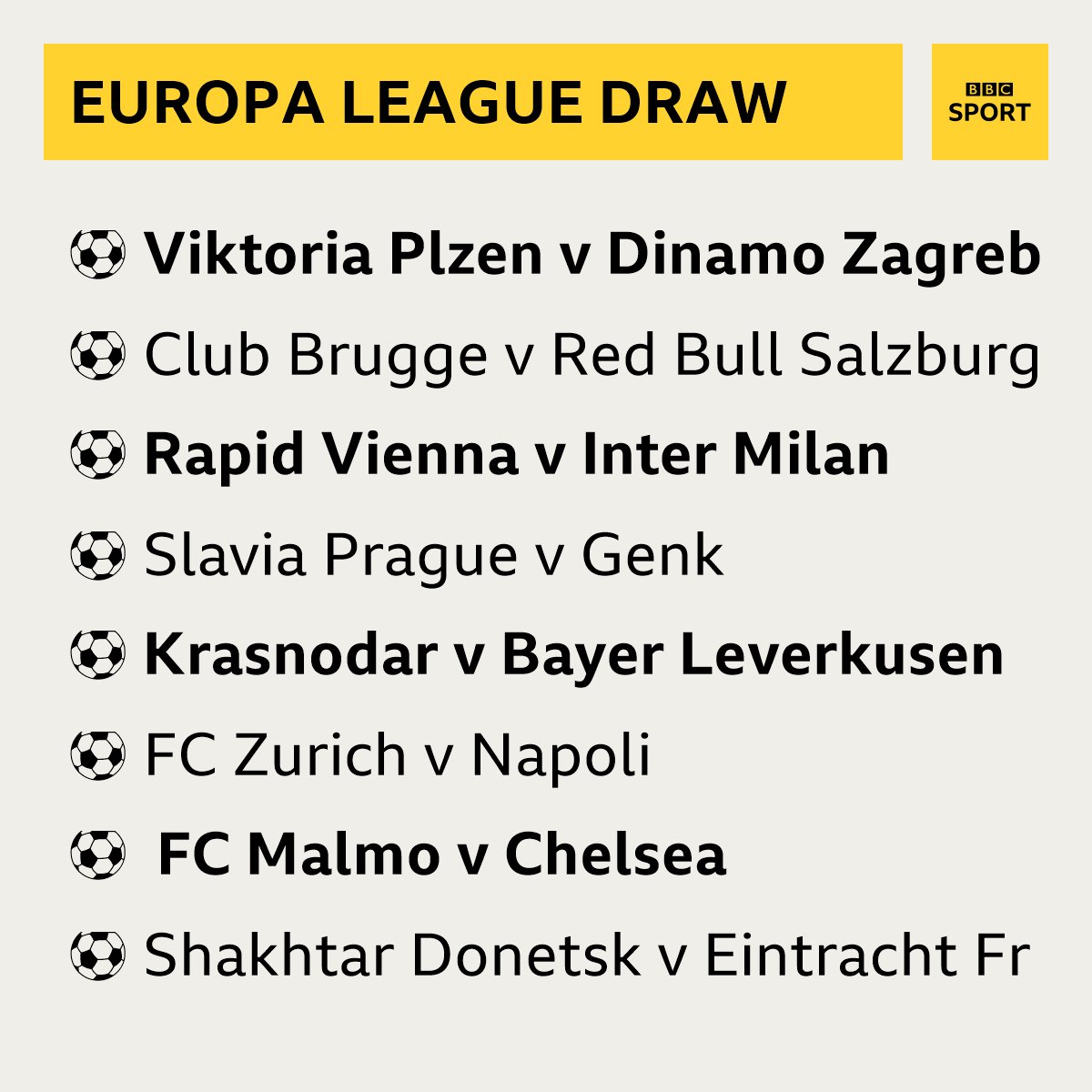 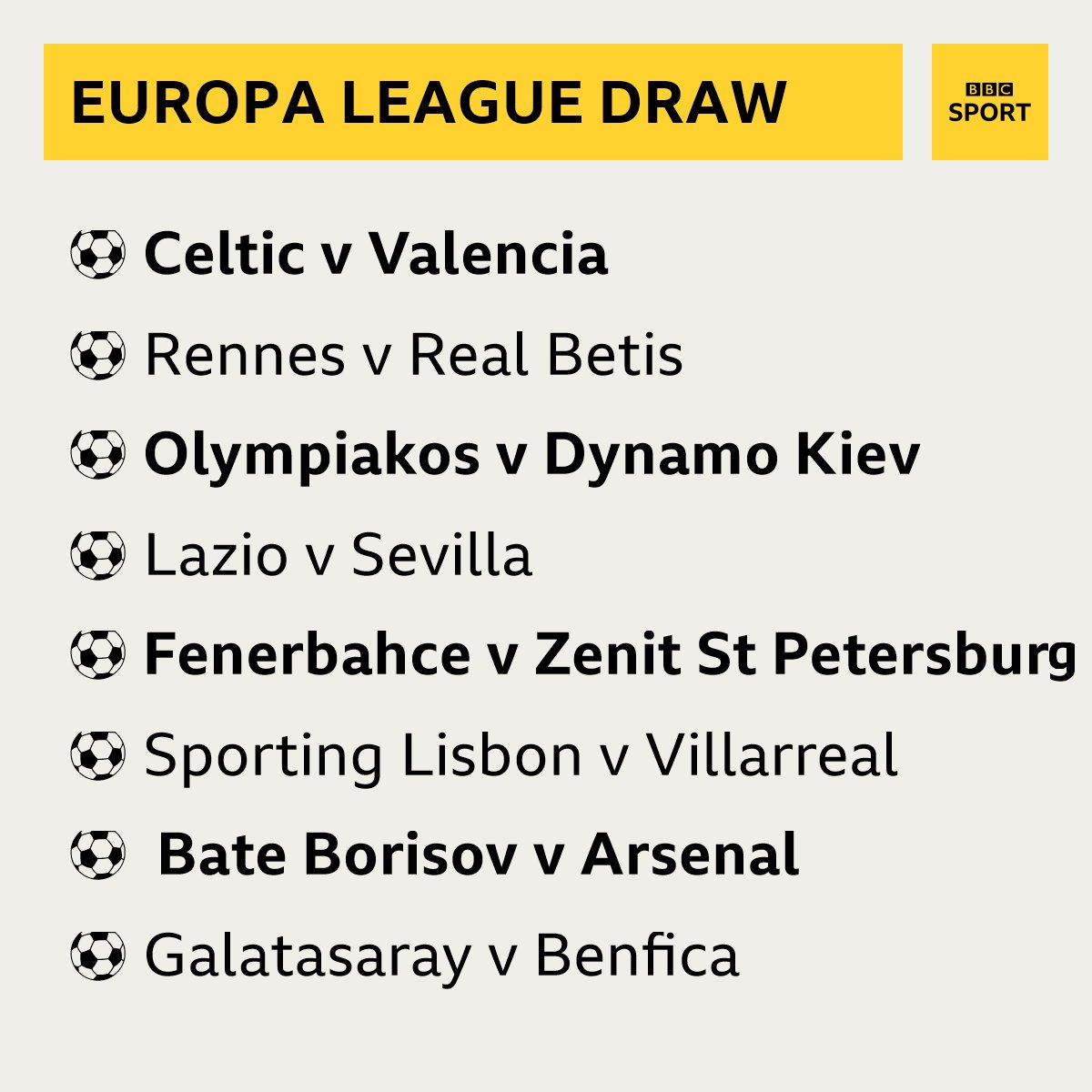