Here is our match preview ahead of Arsenal’s Premier League clash with Bunrley including team news, expected line-ups and predicted score

Arsenal will be looking to get back to winning ways after a disappointing week when we welcome Burnley to the Emirates on Saturday lunchtime.

Unai Emery’s side were enjoying an excellent period of form having gone unbeaten for 22 games across all competitions but that run was ended with a shock 3-2 defeat at lowly Southampton last weekend.

We then slumped to an equally frustrating 2-0 defeat to Tottenham in the quarter finals of the Carabao Cup on Wednesday night so Arsenal have to bounce back with a win over Burnley tomorrow.

The Gunners head in to the weekend action sitting fifth in the Premier League table but we can leapfrog Chelsea in to fourth spot by beating Burnley ahead of the Blues’ clash with Leicester later in the day.

Burnley will arrive at the Emirates sitting in the relegation zone after narrowly losing 1-0 at Tottenham last weekend so Sean Dyche’s side will be desperate to pick up a positive result tomorrow.

Arsenal have been boosted by the news that Sead Kolasinac has returned to full training and is available for selection after recovering from a thigh injury that’s kept him out of the last two games.

However, Shkodran Mustafi continues to miss out with a hamstring problem while Henrikh Mkhitaryan has been ruled out after suffering an ankle injury against Spurs in midweek.

Mesut Ozil is therefore recalled to the squad after not being included in the 18 against Tottenham but Hector Bellerin has been ruled out for two more weeks due to an on-going calf issue.

Danny Welbeck and Rob Holding are long-term absentees and Emery has suggested he may rest Laurent Koscielny after he featured in our last three games following his comeback from injury.

Burnley will be without Aaron Lennon due to a knee injury while Robbie Brady and Johann Berg Gudmundsson are carrying knocks so will need to be assessed.

Steven Defour is struggling with a calf issue while defender Stephen Ward is out with a knee injury and and goalkeeper Nick Pope is still out with a shoulder problem. 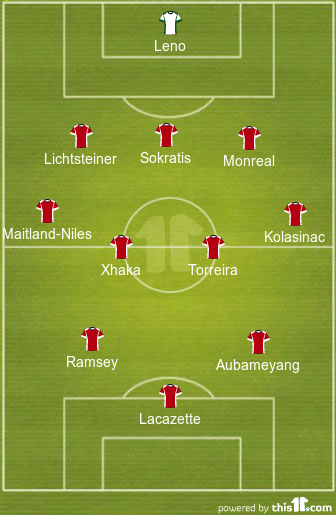 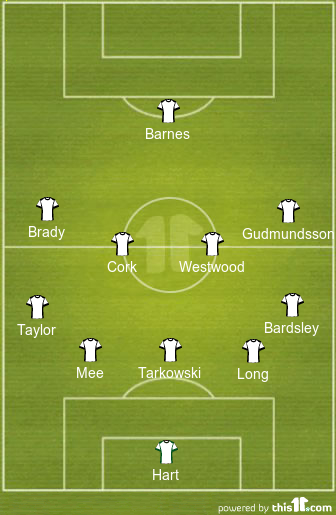 Arsenal 3-1 Burnley: We have an excellent recent record against Burnley as we’re unbeaten in our last 10 matches in all competitions against the Clarets and have won the last seven meetings on home soil. Arsenal have also won our last 27 home matches against sides starting the day in the relegation zone and I’m confident that run will continue tomorrow.