Here is our match preview ahead of Chelsea’s Premier League clash with Leicester including team news, expected line-ups and predicted score

Chelsea will look to cement their position in the top four when they take on Leicester City at Stamford Bridge on Saturday afternoon.

Maurizio Sarri’s men booked their place in the semi-finals of the Carabao Cup with a 1-0 win over Bournemouth in midweek and they have a huge two-legged tie with Tottenham to look forward to in the New Year but for now the focus must be on league matters.

The Blues remained fourth in the Premier League with a 2-1 victory over Brighton & Hove Albion last weekend but with Arsenal just three points adrift in fifth, Chelsea need a win to tighten their grip on the Champions League qualification places.

They’ll take on a Leicester side who’ll be hurting following their penalty shoot-out defeat to Manchester City in the League Cup in midweek but Claude Puel’s side could climb as high as seventh in the table with a win in west London tomorrow.

Chelsea will be without Alvaro Morata as he’s still nursing a knee injury and Sarri has hinted he’s ready to drop Olivier Giroud and play Eden Hazard in the ‘false 9’ role after he recovered from a minor knock.

Andreas Christensen has also been ruled out for the Blues with a hamstring injury but he’s expected to be back within a week. Victor Moses is Sarri’s only other injury concern.

Leicester will recall Jamie Vardy after he was rested in midweek while Ben Chilwell is also expected to return after recovering from a knee injury. 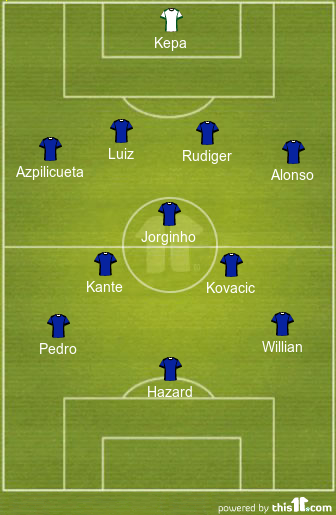 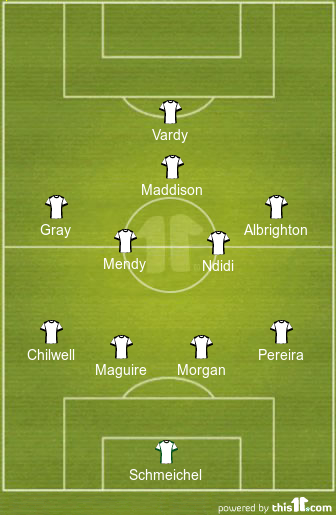 Chelsea 2-0 Leicester: Chelsea have lost just one of their last 12 league meetings with Leicester and are undefeated in their last eight Premier League home games against the Foxes so they should be confident tomorrow. Vardy will be a danger for the visitors but if Chelsea can keep him quiet, then I see a routine home win here.