Some fans have been praising Hueng-min Son after he produced a superb performance to help Tottenham thrash Everton 6-2 at Goodison Park this afternoon. 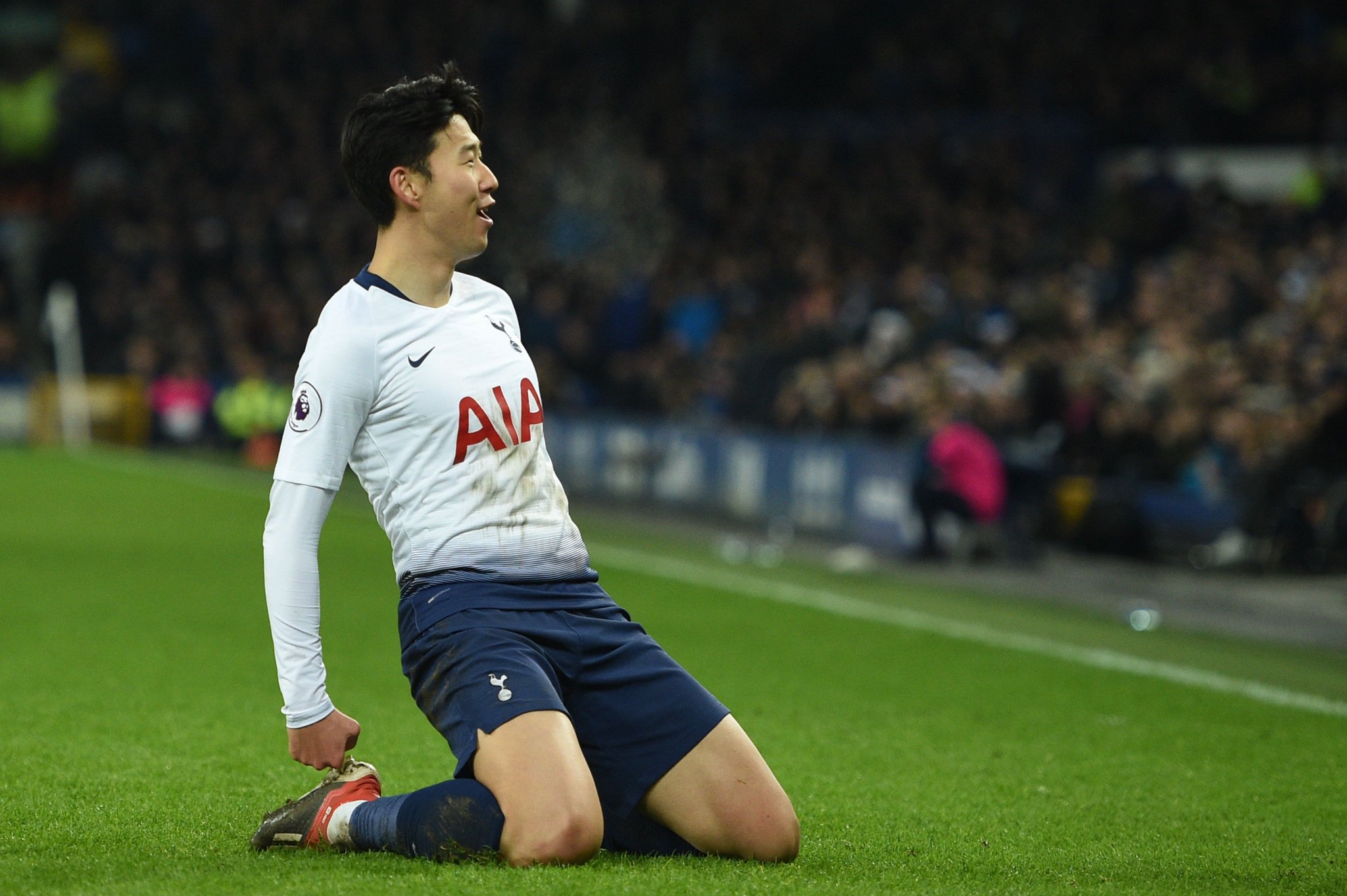 Some fans have been praising Hueng-min Son after he produced a superb performance to help Tottenham thrash Everton 6-2 at Goodison Park this afternoon.

Son equalised for Spurs with a fine finish in the 27th minute after Theo Walcott had opened the scoring for the Merseysiders before Dele Alli and Harry Kane put the north Londoners 3-1 ahead at half-time.

Christen Eriksen fired in Tottenham’s fourth shortly after the break, Gylfi Sigurdsson pulled another back for Everton before Son got his second goal of the game with a lovely piece of control and finish to make it 5-2 in the 61st minute.

The South Korean international then capped a superb all-round performance by setting up Kane to get his second, and Tottenham’s sixth, of the game following a flowing team move as Spurs thrashed the Toffees this afternoon.

Son was given a standing ovation by the away Tottenham supporters when he was substituted at Goodison Park and fans have also been drooling over his performance on social media.

Some fans have labelled Son as ‘incredible’ and ‘immense’ while another felt he was ‘unplayable’ this afternoon. One supporter even suggested the Tottenham star could play for any team in the world.

It was certainly a fine performance from Son and he’s enjoying an excellent campaign to help Tottenham keep in touch at the top of the table with the Londoners now just two points off second-placed Man City.

Check out what fans have been saying about Son here:

Somebody give that man H Son ANOTHER round of applause. He’s been unplayable #EVETOT

Kane, Alli and Erisksen get the majority of the headlines but Son really is an incredible player. One of the best technical players in the league hardly ever see him make any errors in the final third, so clinical.

Son is absolutely incredible. Would slot into any team in the world. ??

79' Oliver Skipp coming on to replace Son. What a performance from the South Korean. #EVETOT

Every side wants a player like Heung-Min Son, fact.

Doesn't bitch or moan all the time.
Gives 100% every second he's on the pitch.
End product.
Ability to take players on.#THFC

i would die for u son heung-min

i would die for u son heung-min

Son is an incredible player tbf