31.01.11 The Weekly Roundup’s Top four transfers this January – El Hadji Diouf joining Rangers and already have enemies across the border. Sulley Mutari joining Sunderland on loan to form an ‘all singing all dancing’ and part time football duo with fellow Ghanaian, Asamoah Gyan. Stoke selling Tucay and Gudjohnsen, must make them the first football team in history to sell all their footballers. Manchester City signing Dzeko, is he simply a rich man’s Zigic or even worst Peter Crouch?

02.02.11 Roberto Mancini vs. Alex McCleish – Man City’s boss Roberto Mancini always is an ultra-cool guy until he’s rubbed up the wrong way, then the gloves scarf comes off, his hair blows back viscously in the wind and he says a ‘hey’ aggressively a few times…. (http://www.youtube.com/watch?v=6JM0niOycb0) After Wednesday night’s game against Birmingham the Italian was left fuming as the referee gave a penalty for what was a clear penalty.  He said “If the referee gives that sort of penalty every game, there will be five penalties minimum every match.” Then the referee will be getting decisions right and doing a smashing job Roberto!

04.02.11 FIFA potential snood ban – Sepp Blatter is obsessed with England, and Fifa’s potential ban on snoods is a dig at The Premier League somehow. I don’t know quite how, but I’m certain it is somehow, it just has to be. It’s either that or he’s jealous that their not made in his size.

It’s the Monday morning after ‘that’ weekend and oh what a weekend it was (apologies for breaking into song) The Weekly Strip has all the snaps of what went on before and after your premier hangover….

Everton before the game 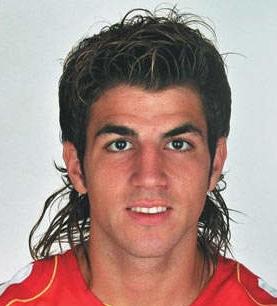 All week Everton and Arsenal have been back and forth over the Cesc Fabregas incident. David Moyes, who constantly made known to the British media that he didn’t want to make an issue of it all (I know, oxymoron) went into Saturday’s game needing a win. Louis Saha’s (who coincidentally uses Cesc’s stylist from six years ago) offside goal started off the whole tiff so it was fitting that his goals at Blackpool put an end to it, well hopefully it did.

Everton after the game

Manchester United’s ambitions before the game 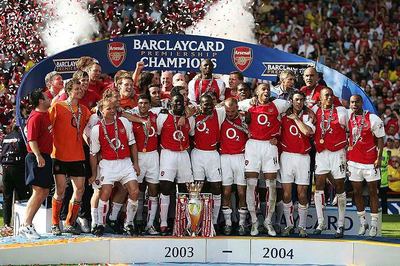 On a 29 game unbeaten run, that classic win at Blackpool and United being United we all thought at one point maybe just maybe. But Mick McCarthy and his party pooping Wolves had a little relegation battle to fight and some heartbreaking to do as well.

Manchester United’s break up with invisibility after the game 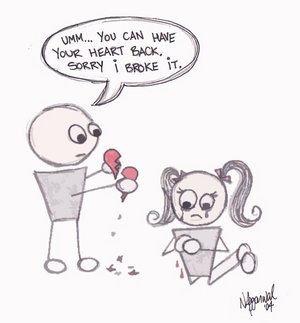 Arsenal fans at half time Feet up, cigars out and three points on the board, The Gunners were 4-0 up and cruising like a ship full of OAP’s in Mallorca. But Arsenal being the only team in world football, who lose so fashionable, did just that leaving Newcastle (Barcelona, Accrington Stanley and probably everyone else in world football) absolutely wetting themselves at 90mins.

A Newcastle fan (minus a few pounds) at 90minutes

Blackpool’s Charlie Adam before the game

Charlie Adam didn’t need to be dropped off in a helicopter like Andy Carroll or picked up in yacht like Fernando Torres he was perfectly willingly to pay his own bus fare to Anfeild, before Blackpool killed that dream. Adam however picked himself up only to be kicked right back down, literally. Everton battered them 5-3 and he must be thinking what the hell he was doing back at Blackpool with those donkeys (the ones at the beach of course)

Blackpool’s Charlie Adam after the game

Carlos Tevez celebrated his 27th birthday on Saturday (which now makes him 26years too old for a dummy) against West Brom. What do you give a homesick millionaire who has everything, a reminder of why he’s homesick maybe? Man City flew in his two daughters and let them walk their dad out on the field. A lovely gesture on their behalf but maybe not the wisest, as I’m sure it won’t be long before he’s spitting his dummy out and asking for a move again.

Homesick Carlos Tevez after the game 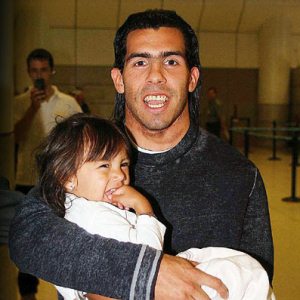 The wheeler dealer who could do no wrong with Tottenham fans upset a few this week after failing to bring in a striker. Harry didn’t want to spend more than a monkey and lost out on a few targets. However after Niko kranjcar’s last minute winner against Bolton (potentially another goalscoring midfielder) Harry’s beginning to get the Spurs faithful back on side.

Genius again by the end of the weekend

After Newcastle’s comeback against Arsenal Roberto Di Matteo could no longer live of his side’s win at the Emirates. So West Brom dumped him following a 3-0 defeat to Man City, and instead of taking training today he’ll be in queue behind Andy Gray and Richard Keys and myself down the…. & As for Fernando Torres, Liverpool and Chelsea I’ll let you guys decide what ‘before’ and ‘after’ photos best fit, so get stuck in by leaving your suggestions below