This is our match preview ahead of Arsenal’s Premier League clash with Fulham including team news, expected line-ups and predicted score

Arsenal will be looking to bounce back from their Anfield nightmare when we host Fulham at the Emirates on New Year’s Day.

The 5-1 mauling against Liverpool on Saturday evening brought back painful memories of the final few years of the Arsene Wenger era and Unai Emery needs to do a lot of work to completely eradicate those performances from this squad.

Unfortunately the result also highlighted just how far off the pace we are in terms of competing for the Premier League title and the players need to respond quickly to a prevent our season from unraveling.

A poor end to 2018 has seen us drop five points behind fourth-placed Chelsea and Man Utd are now just three points adrift in sixth so we desperately need to pick up all three points against Fulham tomorrow.

Arsenal go in to the game as the heavy favourites as the Cottagers sit 19th in the table on 14 points but Claudio Ranieri’s side will be looking to build on their vital 1-0 victory over Huddersfield at the weekend.

Arsenal will give Mesut Ozil a late fitness test after he missed the Liverpool game with a knee injury but the playmaker appears unlikely to feature tomorrow after not being spotted at training this afternoon.

Hector Bellerin and Nacho Monreal were on the pitches at London Colney today and they’ll be given late fitness tests after recovering from calf and hamstring injuries respectively but Henrikh Mkhitaryan remains out along with Rob Holding and Danny Welbeck.

Shkodran Mustafi is a doubt after aggravating a hamstring problem against Liverpool so Laurent Koscielny could get a recall in defence while Stephan Lichtsteiner is likely to drop out after a poor showing at Anfield.

Fulham defender Alfie Mawson is a doubt with a knee injury but Andre-Frank Zambo Anguissa is set to return from an ankle problem and replace Calum Chambers – who’s ineligible against his parent club. 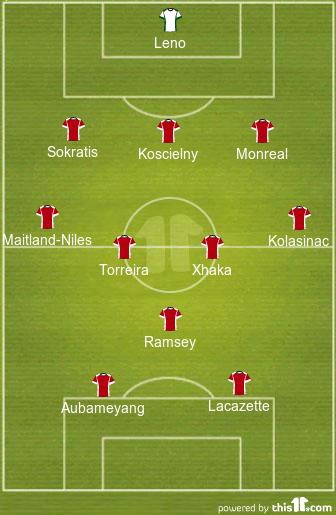 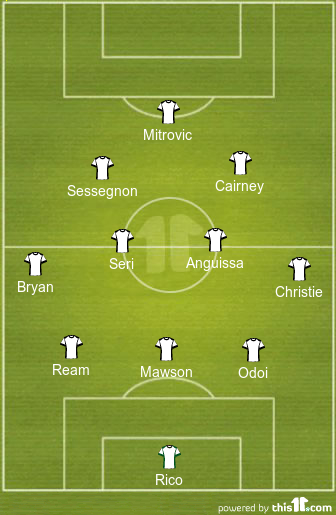 Arsenal 2-0 Fulham: Arsenal have an excellent record against Fulham having never lost at home to them and have won 23 of those 28 matches. We usually beat newly-promoted sides at home, as we’re unbeaten in our last 22 home matches, and we won the reverse fixture 5-1 at Craven Cottage so it would be a surprise if we didn’t pick up all three points tomorrow. I do think our team looks knackered and we’ll probably make hard work of this, but I’m confident we’ll ease to a 2-0 win.