Keylor Navas has posted a ‘farewell’ message to fans after Arsenal submitted a £14m to sign the Real Madrid goalkeeper this month, according to reports

The January transfer window is open and managers are working hard on strengthening their squads and identifying targets for the summer so we’ll keep you up-to-date with the latest rumours. Today, Arsenal are linked with Keylor Navas… Keylor Navas has posted a ‘farewell’ message to fans after Arsenal submitted a £14m bid to sign the Real Madrid goalkeeper this month, according to reports in Spain via the Metro.

Navas has fallen down the pecking order at the Bernabeu this season following the arrival of Thibaut Courtois from Chelsea last summer with the experienced stopper restricted to just two starts in the Copa del Rey since August 2018.

The Costa Rican international has been tipped to leave Madrid this winter and Arsenal emerged as potential suitors after El Confidencial reported recently that we are hoping to lure the keeper to the Emirates.

It seems Arsenal chiefs have now formalised their interest as the Metro are citing a report from Spanish newspaper Sport that claims we’ve made contact with Madrid officials and submitted a £14m offer for Navas’ signature.

The former Levante stopper has just 18 months left to run on his contract and is highly unlikely to sign an extension given his bit-part status at the club so Madrid are reportedly ready to cash-in before his value decreases further.

Navas has now dropped a huge hint that a move away from Madrid is in the pipeline after uploading an image of himself with Madrid fans to Instagram with a caption saying ‘Thanks for everything!”. 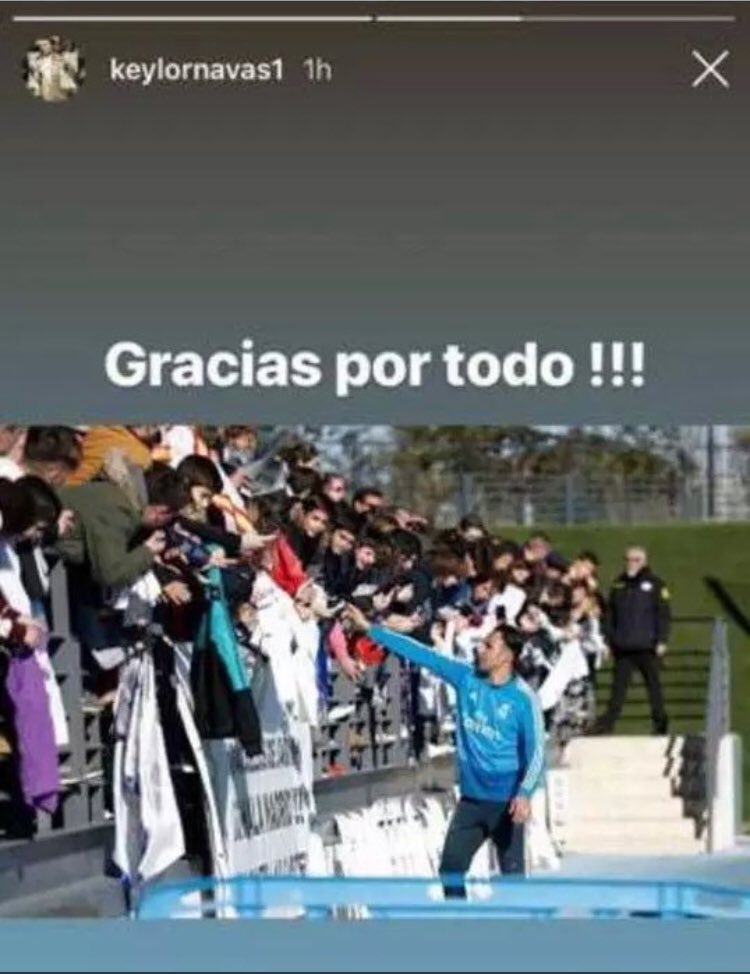 This post is being taken as a ‘farewell’ message ahead of a move away from Madrid and if these reports of a firm bid from Arsenal are accurate, then a switch to north London could be on the cards this month.

We’ll have to wait and see how things develop over the coming days but it would be a strange move for Arsenal to spend another £14m on a goalkeeper just six months after splashing out around £20m on Bernd Leno.

The German has been inconsistent since arriving from Bayer Leverkusen in the summer and has made some high profile errors in recent weeks but he’s only 26-years-old and has the potential to be a top class keeper if he can improve his weaknesses over the coming years.

Arsenal are also in desperate need of a new central defender to help tighten things up at the back while the club are short of wide attackers with Henrikh Mkhitaryan and Danny Welbeck on the sidelines so it would be a shock to see us spending decent money on another keeper when we need to address other areas of the squad.

However, Petr Cech is set to leave Arsenal at the end of the season as he turns 37 in May so Unai Emery could be bringing Navas in as a replacement for the Czech legend – who could even find a new club this month if a move for Navas is wrapped-up swiftly.