Arsenal take on Blackpool at Bloomfield Road in the 3rd round of the FA Cup on Saturday evening. Here is the side we think Unai Emery will select 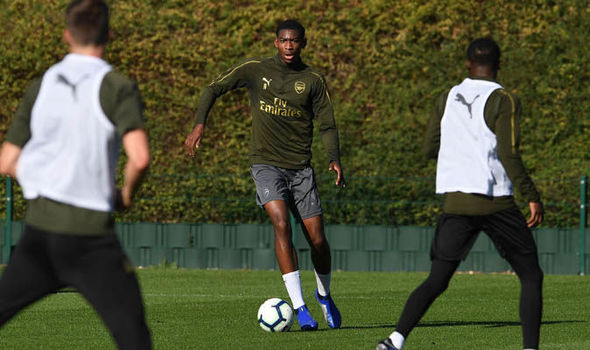 Arsenal will be looking to avoid an upset when they take on Blackpool at Bloomfield Road in the 3rd round of the FA Cup on Saturday evening. Here is the side Gooner Mac thinks Unai Emery will select for the game:

Goalkeeper: Bernd Leno is set to be rested with Petr Cech expected to be recalled between the sticks as Emery continues to rotate his goalkeepers in the cup competitions.

Defence: The Arsenal boss has preferred a back three recently but our lack of options in defence could see us switch to a back four this weekend. Rob Holding is obviously out as he’s unlikely to play again this season while Shkodran Mustafi is set to miss out after aggravating a hamstring injury during the win over Fulham.

Laurent Koscielny is still not 100% match fit after eight months on the sidelines so I don’t think Emery will risk him against Blackpool and although Dinos Mavropanos returned to full training this week, he’s been out for months so won’t be ready to start just yet. That could open the door for youngster Zech Medley to get a chance to impress alongside Sokratis at the back.

Hector Bellerin and Nacho Monreal will be assessed ahead of the game as they look to return from injury but the duo are unlikely to be risked in the FA Cup while Sead Kolasinac should be rested. Therefore, we should see Stephan Lichtsteiner return at right-back while Carl Jenkinson could get another run out having played in the Europa League at times this season.

Midfield: Lucas Torreira was named on the bench at the weekend but he played the second half against Fulham and he still looks like he could do with a rest so I’d be surprised if we saw him feature this weekend.

Granit Xhaka should also be rested so Mohamed Elneny is expected to partner Matteo Guendouzi in the middle of the park on Saturday evening.

Attack: Mesut Ozil wasn’t involved in training today so he’s set to miss his third game due to a knee problem while Henrikh Mkhitaryan and Danny Welbeck are obviously still out so our options in attack are limited.

Alexandre Lacazette was unfortunate to be taken off against Fulham as he had an excellent game and I think he’ll start up front against Blackpool with Pierre-Emerick Aubameyang given a well earned rest.

Aaron Ramsey came off the bench to score an important goal on Tuesday afternoon and the Welshman is expected to be recalled to the starting eleven amid rumours he’s on the verge of signing a pre-contract agreement with Juventus.

Alex Iwobi is likely to keep his place in attack while youngster Eddie Nketiah could be given a chance to impress. He’s usually a centre-forward but he’s played on the wing in the Europa League and League Cup this season so he could start on the right this weekend. 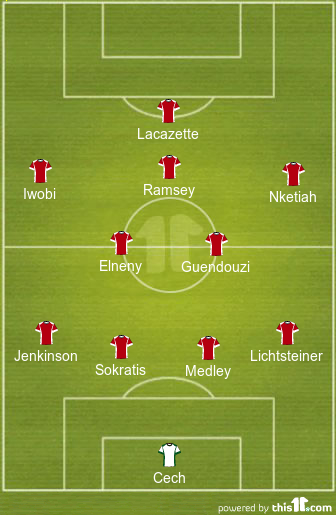