The January transfer window is open and managers are working hard on strengthening their squads and identifying targets for the summer so we’ll keep you up-to-date with the latest rumours. Today, Arsenal open talks to sign Denis Suarez… 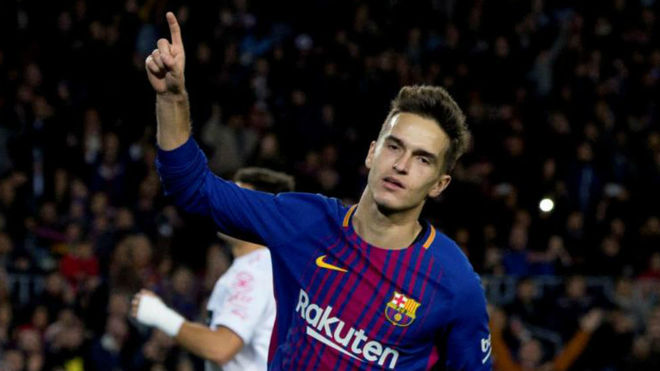 Arsenal are hopeful of securing a deal to sign Denis Suarez this month after opening formal transfer talks with Barcelona over the £20m-rated midfielder, according to the Guardian.

Suarez spent two years in the youth system at Manchester City before joining Barcelona in 2013 and he enjoyed a season on loan at Sevilla working under Unai Emery during the 2014/15 campaign.

The 24-year-old was then sold to Villarreal before Barcelona activated a buy-back clause just 12 months later and he’s gone on to make 69 appearances for the first team over the past two-and-a-half seasons.

However, Suarez has struggled to hold down a regular place under Ernesto Valverde having played just 8 minutes of league football this season and the midfielder is keen to seek a fresh start this winter in search of regular action.

Speculation has been intensifying in recent weeks suggesting Arsenal are looking to lure Suarez to north London and Italian journalist, Fabrizio Romano, has claimed in the Guardian that we’ve now opened formal transfer talks with Barca.

The newspaper report says Arsenal are hopeful of getting a deal agreed at around £20m this month with Emery keen to work with the player again as he looks to continue his rebuilding job at the Emirates after taking over from Arsene Wenger in the summer.

Suarez has just 18 months left to run on his contract and is highly unlikely to sign an extension while he’s not getting game time so Barcelona are willing to cash-in while they can still command a sizable fee for his signature.

Sky Sports are also citing their sources from Sky Italia as saying that Arsenal are closing-in on a deal to sign Suarez this month so there certainly seems to be some substance behind these reports.

With Aaron Ramsey being tipped to join Juventus when his contract expires at the end of the season, we need to bring in midfield reinforcements and it seems Arsenal have identified Suarez as a prime target.

We’ll have to wait and see how things progress over the coming days but plenty of other teams have also been linked with Suarez recently so we shouldn’t consider this a ‘done deal’ until it’s over the line.