The January transfer window is open and managers are working hard on strengthening their squads and identifying targets for the summer so we’ll keep you up-to-date with the latest rumours. Today, Man Utd step-up their interest in Eder Militao… 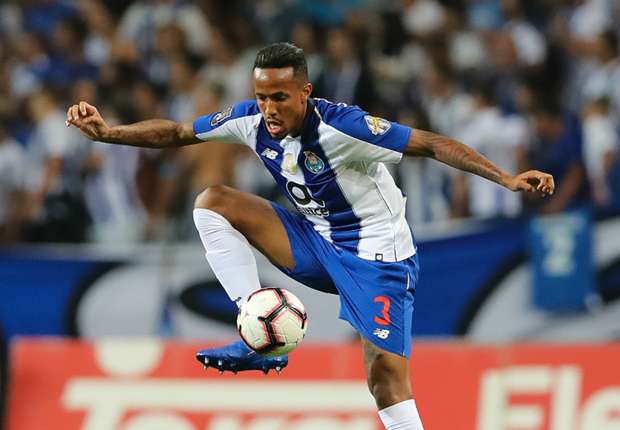 Manchester United have stepped-up their interest in Liverpool target Eder Militao after sending scouts to watch the £40m-rated Porto defender on Monday, according to reports via the Mirror.

Militao has developed in to one of the most exciting young players in Portuguese football since joining Porto from Sao Paulo last summer and he’s produced some impressive displays in the Primeira Liga and Champions League in recent months.

The 20-year-old’s potential has alerted clubs here in the Premier League with The Sun reporting recently that Manchester United and Liverpool are eyeing a move for the defender after expressing their interest along with Real Madrid.

Jurgen Klopp’s side have an excellent defensive record this season but doubts remain over Dejan Lovren while Joel Matip has struggled with injuries this season so the Liverpool boss could be eyeing Militao as a possible replacement.

However, it looks like Liverpool will face some serious competition and the Mirror are citing a report from O Jojo that claims Man Utd have stepped-up their interest in the Brazilian international after sending scouts to watch Militao in action on Monday night.

The United representatives would have been impressed with what they saw as the South American youngster put-in a fine display at the back as Porto eased to a 3-1 win over Nacional at the Estadio Dragao.

Man Utd are being tipped to strengthen their squad this month with a centre-back reportedly a priority once again after they failed to sign any of their key targets during the summer transfer window and they badly need an upgrade on the likes of Phil Jones and Chris Smalling.

Militao is able to play at right-back but he’s predominantly played as a centre-back during his time at Porto and the Portuguese giants could be ready to cash-in this month after snapping-up Pepe on a free transfer.

However, any potential deal wouldn’t come cheap as Militao would cost around £40m, according to the Mirror, so the likes of United and Liverpool will have to be prepared to dig deep if they want to lure the Brazilian defender to England.