The January transfer window is open and managers are working hard on strengthening their squads and identifying targets for the summer so we’ll keep you up-to-date with the latest rumours. Today, the race to sign Nicolo Barella hots-up… 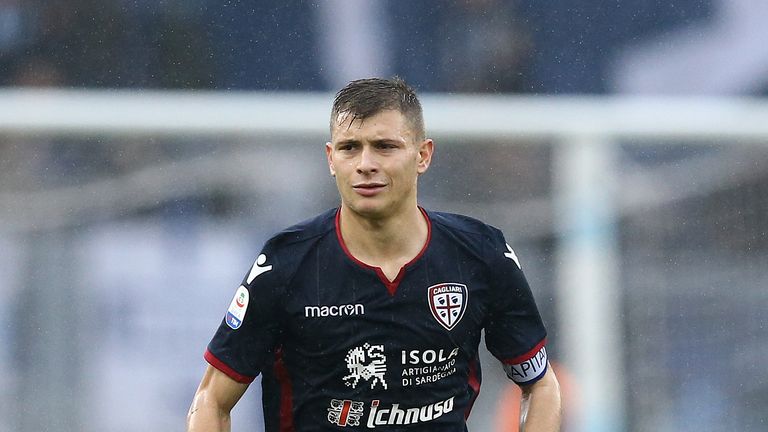 Liverpool and Chelsea have joined the race to sign Cagliari midfielder Nicolo Barella and could hijack Manchester United’s proposed £30m move, according to reports.

Barella has developed in to one of the most highly-rated young talents in Italian football since emerging from the Cagliari youth academy and breaking in to the first team set-up last season.

The 21-year-old has become a vital player for Rolando Maran’s side as he’s started all but one of their Serie A games so far this season, and that was only due to suspension, while he’s already established himself in the senior Italian national team squad.

Barella’s potential has alerted a number of clubs and the Daily Star reported earlier this week that Manchester United have tabled a take-it-or-leave-it £30m offer for the midfielder after scouts identified him as a star of the future.

United bosses are ready to strengthen Ole Gunnar Solskjaer’s squad this winter and Barella would give the Norwegian coach another top class option in the middle of the park if they could lure him to Old Trafford.

However, the Daily Star claimed that Chelsea could hijack Man Utd’s proposed deal for Barella after the Blues identified him as a possible replacement for Cesc Fabregas – who’s tipped to join Monaco.

It seems there is another top Premier League club in the race as the Liverpool Echo are citing a report from TransferMarketWeb that claims Liverpool are also showing a keen interest in Barella along with the likes of AC Milan, Napoli, Roma and Inter Milan.

Jurgen Klopp currently has a wealth of options in the middle of the park but James Milner is coming towards the end of his career while Adam Lallana is being linked with a move away from Anfield so Liverpool could be eyeing Barella as a potential replacement.

He’d be an exciting signing for any club, however, the likes of Liverpool, Chelsea and Man Utd will have to be prepared to dig deep if they want to sign the Italian as TMW suggest Cagliari want around £45m for his signature.