This is our match preview ahead of Arsenal’s Premier League clash with West Ham including team news, expected line-ups and predicted score

Arsenal will look to keep the pressure on the top four with a win when we take on West Ham at the London Stadium on Saturday lunchtime.

We head in to the game off the back of a routine 3-0 victory over Blackpool in the FA Cup last weekend which booked a date with Manchester United at the Emirates Stadium in the fourth round.

However, it’s Premier League matters at hand tomorrow and we sit fifth in the table – three point behind fourth-placed Chelsea – after beating Fulham 4-1 at home on New Year’s Day.

Unai Emery will now take his troops across London to take on a West Ham side who are tenth in the Premier League but Manuel Pellegrini will be desperate to pick up a positive result having won just one of their last four league games.

Arsenal have been handed a major injury boost ahead of the game as Hector Bellerin is back from a calf injury while Nacho Monreal is also pushing for a recall after recovering from a niggling hamstring problem.

Mesut Ozil should return to the squad after overcoming a knee complaint while Shkodran Mustafi and Laurent Koscielny are also pushing for recalls so Emery has plenty of options tomorrow.

However, Henrikh Mkhitaryan remains on the sidelines with a foot injury while Rob Holding and Danny Welbeck aren’t expected to play again this season.

West Ham with continue to be without a host of players with Winston Ried, Jack Wilshere, Ryan Fredericks, Fabien Balbuena, Manuel Lanzini, Carlos Sanchez and Andriy Yarmolenko all on the sidelines.

However, Samir Nasri could face his former club after joining West Ham on a short-term deal this month. 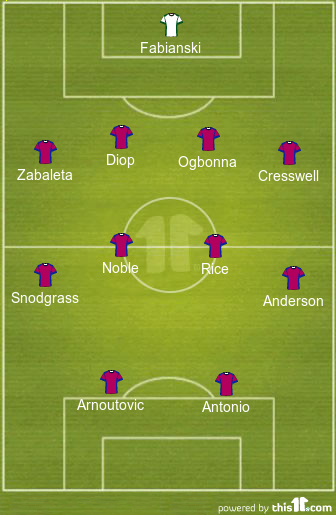 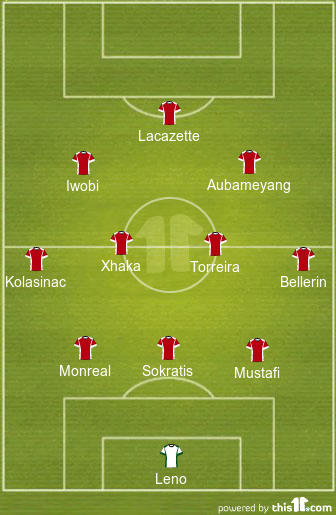 West Ham 1-2 Arsenal: We have an excellent record against West Ham as we’ve lost just one of our last 21 Premier League meetings – winning 16 – and are unbeaten in our last 11 away trips in all competitions against them. The Hammers will pose a threat with the likes of Anderson in fine form but I’m confident we’ll have enough quality ourselves going forward to take home all three points.