Here is our match preview ahead of Tottenham’s Premier League clash with Man Utd at Wembley including team news, line-ups and prediction

Tottenham will look to keep the pressure on the top two with a win when they take on Manchester United at Wembley on Sunday afternoon.

Spurs head in to the game after beating Chelsea 1-0 in the first leg of their Carabao Cup semi-final in midweek but the focus tomorrow will be to climb back up to second in the league with a win over United.

Mauricio Pochettino’s men currently sit third but are just two points adrift of the defending champions so can leapfrog City in to second and close the gap on leaders Liverpool to six points with victory at Wembley.

However, Tottenham will face an in-form Man Utd side that have turned their season around since Ole Gunnar Solskjaer came in as caretaker manager to take over from Jose Mourinho following his dismissal last month.

Solskjaer has won each of his opening five matches in all competitions to revive hopes of finishing in the top four this season and Man Utd can move level on points with fifth-placed Arsenal with a win tomorrow.

Tottenham will hand a late fitness test to Lucas Moura after he missed the win over Chelsea with a knee injury while Pochettino is unlikely to start Jan Vertonghen or Mousa Dembele as they lack match fitness despite returning to full training last week.

Eric Dier has also resumed full training but the midfielder is still working on his fitness after a month out while Victor Wanyama remains on the sidelines with a knee problem.

Manchester United have been boosted by the news that Paul Pogba is available after he recovered from a knee problem but Marcos Rojo has gone back to Argentina to continue his recovery from an unspecified injury.

Chris Smalling is also still out with a foot problem while Eric Bailly completes his three-match suspension and Alexis Sanchez misses out with a hamstring issue. Antonio Valencia, Matteo Darmian and Marouane Fellaini weren’t in the squad that travelled to London this afternoon. 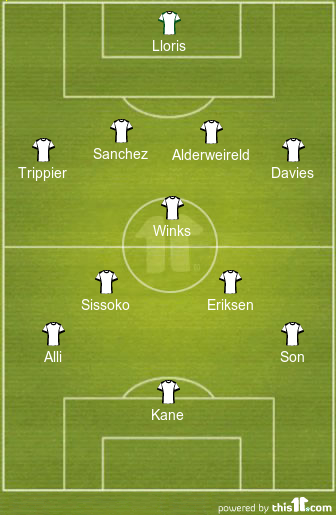 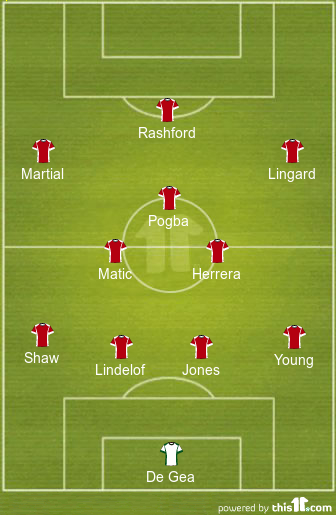 Tottenham 1-1 Man Utd: Tottenham won the reverse fixture 3-0 at Old Trafford earlier in the season and Spurs have won the last three home meetings between the two clubs. However, United are a different animal under Solskjaer and I can see them giving Tottenham a proper game tomorrow. If any team’s going to edge it I think it will be Spurs but I fancy United to nick a point.