The January transfer window is open and managers are working hard on strengthening their squads and identifying targets for the summer so we’ll keep you up-to-date with the latest rumours. Today, Arsenal and Liverpool are linked with Conor Coady… 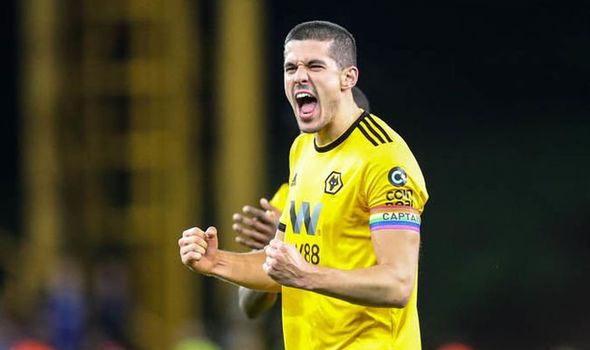 Arsenal and Liverpool are keeping a close eye on the progress of Conor Coady ahead of potential swoops for the Wolves captain, according to the Daily Mail.

Coady was a product of the Liverpool youth system but failed to make the breakthrough at Anfield having made just 2 first team appearances for his boyhood club before leaving for Huddersfield in 2014.

The 25-year-old enjoyed an excellent campaign with the Terriers before joining Wolves in 2015 and he’s been a vital player under Nuno Espirito Santo this season having played every minute of their 21 Premier League games so far.

Coady’s impressive form has caught the attention of Gareth Southgate with the Three Lions boss tipped to include the Wolves skipper in his England squad for their Euro qualifiers with the Czech Republic and Montenegro in March.

It appears Coady has also alerted clubs in the upper echelons of the Premier League as the Daily Mail claim that Arsenal and Liverpool have expressed an interest in signing the defender.

The newspaper says the duo are keeping a close eye on his progress ahead of potential swoops but Wolves are aware of their interest and are ready to open contract talks to try and secure Coady’s long-term future.

However, it remains to be seen whether the defender – who’s current deal runs until 2021 – will commit himself to Molineux with the likes of Arsenal and Liverpool on his trail.

The Gunners are in desperate need of defensive reinforcements as a leaky defence has once again undermined their ambitions this season and Coady could be viewed as a long-term replacement for Laurent Koscielny – who’s expected to leave this summer.

Liverpool are also being tipped to strengthen their defensive options as doubts continue over Dejan Lovren while Joel Matip has fallen out-of-favour this season and it seems Coady is also on Jurgen Klopp’s radar.

We’ll have to wait and see how things develop over the coming weeks but you’d have to assume Liverpool would be favourites ahead of Arsenal if Coady decides to leave Wolves as he’s a life-long fan of the Merseysiders and may jump at the chance to return to his boyhood club.