Moanes Dabour has confirmed he’s ready to leave Red Bull Salzburg this month with Liverpool lining-up a £22m bid for the striker, according to reports

The January transfer window is open and managers are working hard on strengthening their squads and identifying targets for the summer so we’ll keep you up-to-date with the latest rumours. Today, Liverpool are linked with Moanes Dabour… 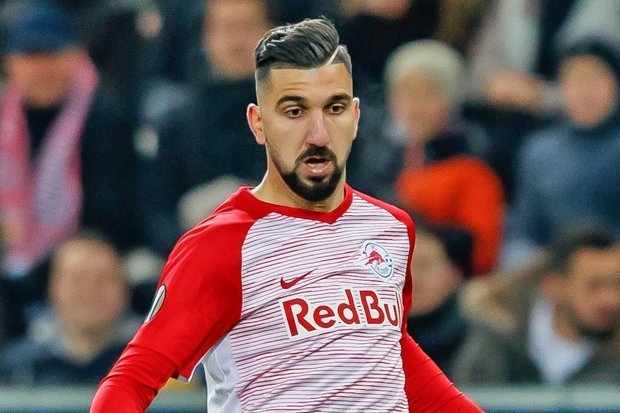 Moanes Dabour has confirmed he’s ready to leave Red Bull Salzburg this month with Liverpool lining-up a £22m bid for the striker, according to reports via the Daily Star.

Dabour made his name in his homeland after coming through the youth ranks at Israel giants Maccabi Tel Aviv before earning a move to Red Bull Salzburg in 2016 where he’s developed in to a fine striker.

The 26-year-old netted 27 goals last season to help Salzburg win the Austrian Bundesliga title and has already scored 16 goals in 26 appearances in all competitions so far this campaign – including 6 in 6 Europa League matches.

The Israel international has caught the attention of clubs here in England as the Daily Star claim that Liverpool have joined the likes of Fulham and Leeds United in showing a keen interest in the 5ft 11in hitman.

Jurgen Klopp has one of the most deadly attacks in world football with Mohamed Salah, Sadio Mane and Roberto Firmino helping to fire Liverpool four points clear at the top of the Premier League table this season.

However, doubts continue over Divock Origi and Daniel Sturridge while Dominic Solanke was sold to Bournemouth earlier this month so the Liverpool boss is being tipped to strengthen his attacking options and Dabour is seemingly on his radar.

The striker has fuelled speculation over a possible move after recently claiming that he’s set to leave Salzburg over the coming days. Amid links to Valencia, Dabour is quoted by Estadio Deportivo as saying:

“I’m going to leave Salzburg in the next few days,”

The Daily Star are now citing a report from Transfer Market Web that claims Dabour is edging closer to joining Liverpool as Klopp is lining-up a £22m bid for the talented forward.

However, it’s unclear whether the Reds boss will look to push through a transfer this winter or wait to pursue a deal for Dabour ahead of the summer as Klopp may not want to disrupt his squad while they are so well placed to end their long wait for the title.

Obviously he would find it extremely difficult to become a first team regular with the likes of Salah and Firmino to compete with but Dabour could be a very useful squad player if Liverpool do end up buying him either this month or at the end of the season.