Manchester United are to step-up their interest in Liverpool target Steven Bergwijn ahead of a £25m swoop for the PSV Eindhoven attacker this month.

The January transfer window is open and managers are working hard on strengthening their squads and identifying targets for the summer so we’ll keep you up-to-date with the latest rumours. Today, Man Utd are linked with Liverpool target Steven Bergwijn….

Manchester United are to step-up their interest in Liverpool target Steven Bergwijn ahead of a £25m swoop for the PSV Eindhoven attacker this month, according to The Sun.

Bergwijn was a product of the youth system at Ajax but joined PSV in 2011 and has developed in to one of the most exciting young talents in Dutch football since making his first team debut in 2014.

The 21-year-old has now established himself as a first team regular and has provided 9 goals and 8 assists in just 16 Eredivisie games this season while he’s also broken in to the senior Dutch national team set-up.

Bergwijn’s enormous potential has alerted clubs here in the Premier League as the Sun claims that Manchester United and Liverpool scouts have been keeping a close eye on the winger this season.

Jurgen Klopp has one of the best attacks in European football at his disposal but the Liverpool boss needs to add more depth in they’re to compete on all fronts and Bergwijn would add top class competition for the likes of Mohamed Salah and Sadio Mane if he moved to Anfield.

However, it seems United are ready to steal a march on Liverpool as the Sun says the Red Devils are ready to step-up their interest in the Dutch international by sending representatives to watch him in action against FC Emmen on Sunday afternoon. 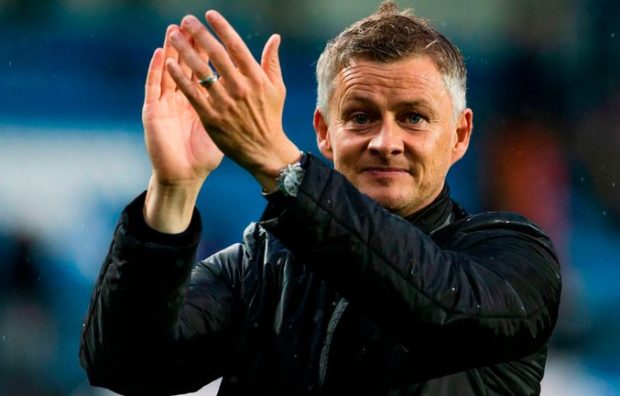 If the scouts send back another positive report on Bergwijn then the newspaper suggests Man Utd could then formalise their interest by launching a £25m bid to sign the winger before the end of month.

Ole Gunnar Solskjaer has enjoyed a perfect start to life at Old Trafford since replacing Jose Mourinho as manager but the United boss needs more natural width in his squad and it seems Bergwijn is firmly on his radar.

However, a deal this month may prove difficult as the youngster is under contract until 2022 and Bergwijn has previously suggested he wants to finish the season with PSV before deciding on his future.

We’ll have to wait and see how things develop over the coming weeks but Bergwijn is a pacy, two-footed winger who can play on either side of attack so he’d be an exciting addition if United, or indeed Liverpool, were able to lure him to England.