The January transfer window is open and managers are working hard on strengthening their squads and identifying targets for the summer so we’ll keep you up-to-date with the latest rumours. Today, Tottenham are linked with Andy Carroll… 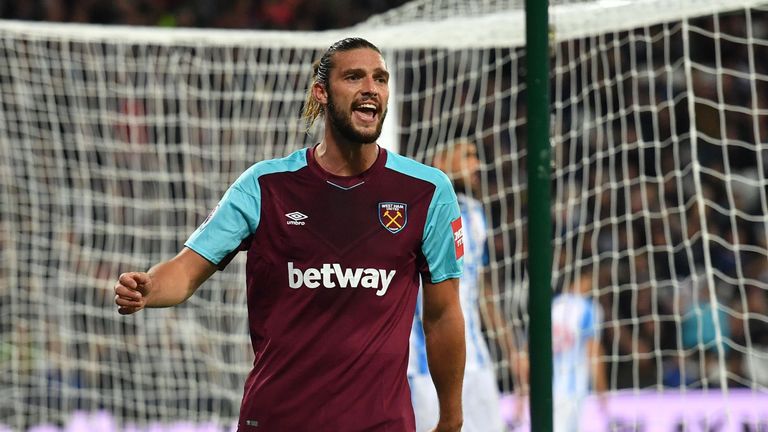 Tottenham are eyeing a shock swoop to sign Andy Carroll after identifying the West Ham target-man as an alternative to Callum Wilson, according to The Sun.

Mauricio Pochettino is facing a crisis in attack as Harry Kane has been ruled out for six weeks out with an ankle ligament injury, Heung-min Son is competing at the Asian Games and Lucas Moura is on the sidelines with a knee injury.

To add to Tottenham’s woes, Dele Alli picked up a hamstring injury during the latter stages of their last gasp 2-1 victory over Fulham at Craven Cottage on Sunday afternoon meaning Pochettino is relying on Fernando Llorente up front.

The Spaniard has been out-of-favour for some time at Tottenham and had played just 36 minutes of Premier League football this season before starting against Fulham so the north Londoners need reinforcements if they’re to compete on all four fronts over the coming weeks.

The Sun claims Spurs have been showing an interest in Callum Wilson after watching him score 10 times this season but the strikers £40m asking price means he’s expected to stay at Bournemouth until at least the summer.

It’s left Pochettino looking for alternative striker targets and the newspaper says Tottenham are now considering a shock move to sign Carroll on an 18-month deal before the end of the month.

Carroll’s contract is up in June and The Sun suggests that Tottenham could snap up the 30-year-old for £2m if West Ham decide to cash-in but Manuel Pellegrini may decide to hold on to the 6ft 4in target-man amid doubts over the future of Marko Arnautovic.

This rumour has come from nowhere and it would certainly be a huge surprise if Tottenham did end up signing Carroll as he doesn’t exactly fit the mold of a typical Pochettino player.

The former Liverpool striker has endured a torrid time with injuries throughout his career and has made just 93 starts for West Ham since joining the club in 2012 so an injury prone player is probably the last thing Spurs need right now.