The January transfer window is in full swing and managers are working hard on strengthening their squads and identifying targets for the summer so we’ll keep you up-to-date with the latest rumours. Today, Man Utd are once again linked with Ivan Perisic… 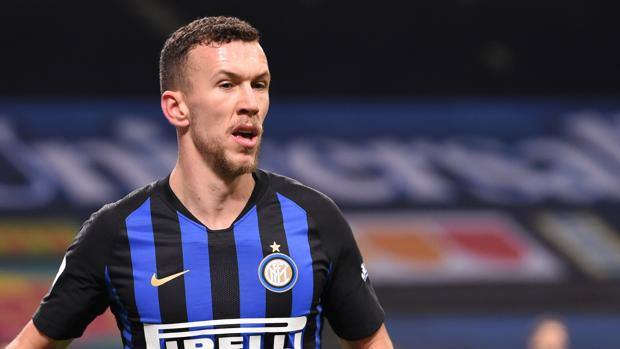 Manchester United have renewed their interest in Ivan Perisic after making contact with Inter Milan to discuss a potential deal for the £40m-rated attacker, according to reports in Italy via The Sun.

Perisic has long been linked with a move to Old Trafford as the Croatian international came close to making a £40m move to United back in 2017 before the proposed deal collapsed at the 11th hour and he’s continued to be touted as a transfer target ever since.

Sure enough, the rumours have appeared once again as The Sun are citing a report from Gazetta Dello Sport that claims Man Utd have renewed their interest in Perisic after making contact with Inter Milan to discuss a possible deal.

The Italian outlet says the talks are at a preliminary stage with United chiefs simply exploring if Inter are prepared to sell the 29-year-old but they could face competition from Atletico Madrid after they also expressed their interest.

Perisic has been one of the best wingers in Italian football since joining Inter from Wolfsburg in 2015 and he’s continued to be an important part of Luciano Spalletti’s side having made 25 appearances in all competitions this season.

The experienced Croatian international is predominantly a left winger but he can play on the right so he’d give Ole Gunnar Solskjaer another top class option in the final third if Man Utd were finally able to lure him to Old Trafford.

However, The Sun suggests Inter would still demand around £40m for Perisic’s services and it remains to be seen whether United bosses would be willing to pay that kind of money for a player who’d have very little sell-on value as he turns 30 next month.

Ole Gunnar Solskjaer has enjoyed a dream start to life as caretaker manager and Anthony Martial and Jesse Lingard have been in excellent form on the wings in recent weeks. Perisic’s arrival this month could disrupt things so I don’t think Solskjaer will want to unsettled the squad by making too many changes at this stage in the season.

I think this latest rumour is nothing more than paper talk and don’t expect anything to come of it all but no doubt the speculation will continue and Perisic will probably be linked with Man Utd once again in the summer!