[Photos] Gonzalo Higuain poses with No.9 shirt after completing move to Chelsea

Chelsea have announced the signing of Gonzalo Higuain with the striker moving to Stamford Bridge from Juventus on an initial six-month loan deal. 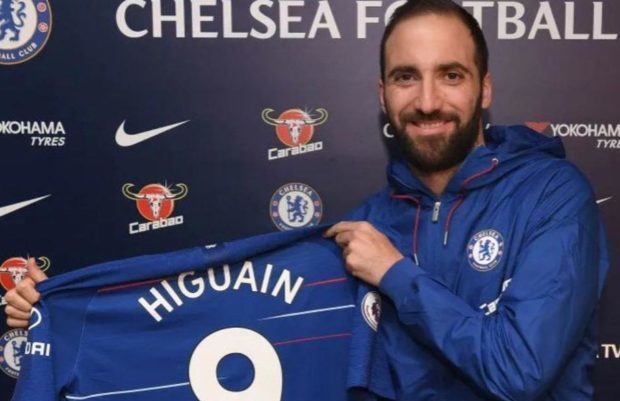 Chelsea have announced the signing of Gonzalo Higuain with the striker moving to Stamford Bridge from Juventus on an initial six-month loan deal.

Higuain has been strongly linked with a move to Chelsea this month as Maurizio Sarri looks to strengthen his striking options with Olivier Giroud struggling in front of goal and Alvaro Morata tipped for a move back to Spain.

The Argentinean international has been on loan at AC Milan from Juventus but he’s struggled for form in recent months having found the net just once in his last 12 appearances and it seems he was keen for a fresh start in England.

News emerged on Wednesday morning that Higuain was en route to London to undergo a medical and Sarri all-but confirmed the transfer would be completed by the end of the day while speaking at his press conference this afternoon.

The formalities have now been completed as the Blues have confirmed on Chelseafc.com that Higuain has completed his move to Stamford Bridge on an initial loan until the end of the season.

It’s reported that the 31-year-old’s move will automatically be extended by a further 12 months if various conditions are met during the second half of the season. 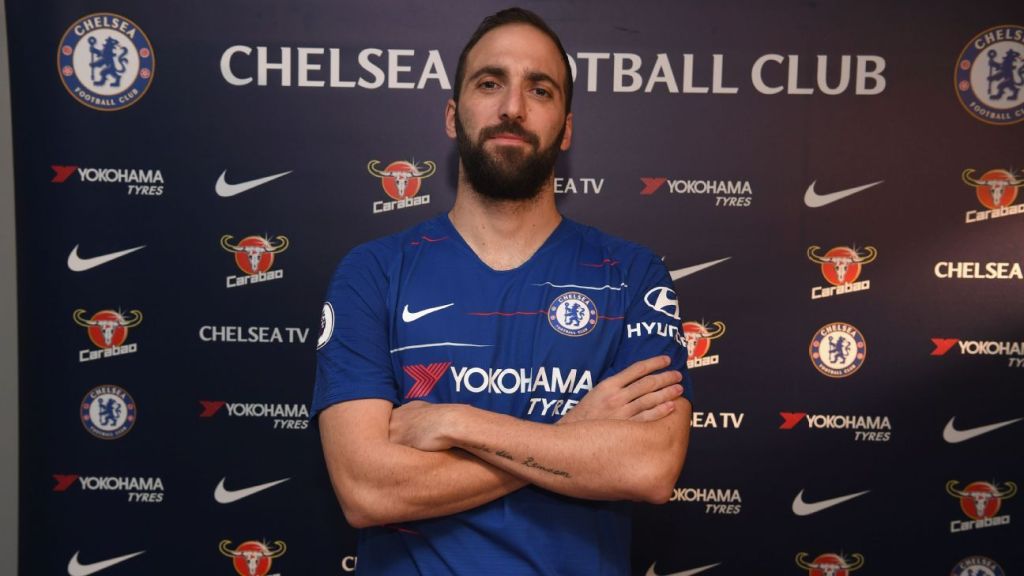 After completing his move, Higuain told Chelseafc.com that he can’t wait to get started with his new team:

‘When the opportunity to join Chelsea presented itself I had to take it. It’s a team I’ve always liked that has a lot of history, a wonderful stadium and they play in the Premier League, a league I’ve always wanted to play in.

‘I now hope I can give back that trust Chelsea have shown me out on the pitch. I can’t wait to start and I hope to adapt as soon as possible.’

Higuain arrives with a wealth of experience playing at top European teams and he’s been one of the most prolific strikers in the world over the past decade so he should certainly enhance Chelsea’s firepower.

The South American knows Sarri well from their time together at Napoli where he played arguably the best football of his career having scored 36 goals in just 35 Serie A games during the 2015/16 campaign.

Higuain hasn’t been registered in time to play for Chelsea in their Carabao Cup semi-final second leg against Tottenham on Thursday night so he’ll have to wait for Sunday’s FA Cup clash with Sheffield Wednesday to make his debut.