Man Utd try to land Serie A star with contract offer worth £3.2m-a-year

Manchester United have offered Medhi Benatia a contract worth £3.2m-per-season but they could still miss out on the Juventus centre-back

The January transfer window is in full swing and managers are working hard on strengthening their squads and identifying targets for the summer so we’ll keep you up-to-date with the latest rumours. Today, Man Utd are linked with Medhi Benatia… 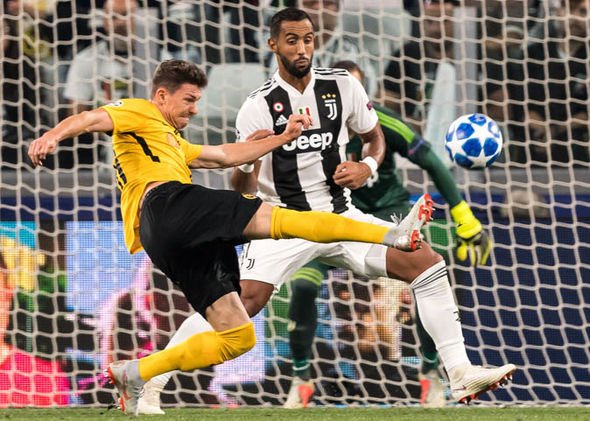 Manchester United have offered Medhi Benatia a contract worth £3.2m-per-season but they could still miss out on the Juventus centre-back, according to reports in Italy via the Express.

United have been in the market for an experienced defender for some time and are continuing to scour the market this month after missing out on a number of targets during the summer transfer market.

The Express claim the likes of Toby Alderweireld, Kalidou Koulibaly and Kostas Manolas have all been touted as options for United with executive vice-chairman Ed Woodward prepared to spend big if the right deal presents itself.

However, it looks like Man Utd chiefs are also looking at cheaper alternatives as the newspaper is citing Alfredo Pedulla as claiming that United have made a move to sign wantaway Juventus centre-back Benatia.

The Italian journalist says the Red Devils have offered Benatia a contract worth £3.2m per season to make a switch to Old Trafford and a deal was reportedly close to being agreed.

However, it seems Qatari outfit Al-Duhail have made a late move to derail United’s proposed deal as the report says they’ve put forward a contract offer worth £4.3m a year and will pay Juventus £8.6m to sign the 31-year-old.

Pedulla, according to the Express, says United are refusing to up their offer to match what Al-Duhail have put on the table so it looks like Benatia is heading to Qatar to link-up with former United assistant manager Rui Faria.

So unless the Moroccan international has a late change of heart, Man Utd’s search for a new centre-back will continue but I don’t think they’ll be in any rush to dip in to the market before the end of this month.

Ole Gunnar Solskjaer has made a huge difference since being installed as caretaker manager and took his winning streak to eight games in all competitions with an impressive 3-1 victory at Arsenal in the FA Cup last night.

Victor Lindelof looks a different player to earlier in the season while United also have the likes of Phil Jones, Chris Smalling and Eric Bailly to choose from in the middle of defence so I think they’ll wait to the summer to sign a new centre-back after seemingly missing out on Benatia.