Liverpool have opened formal transfer talks to sign Sandro Tonali and Brescia are ready to do business if £30.4m is put on the table

The January transfer window is coming to a close so managers are working hard on strengthening their squads and identifying targets for the summer so we’ll keep you up-to-date with the latest rumours. Today, Liverpool are linked with Sandro Tonali… 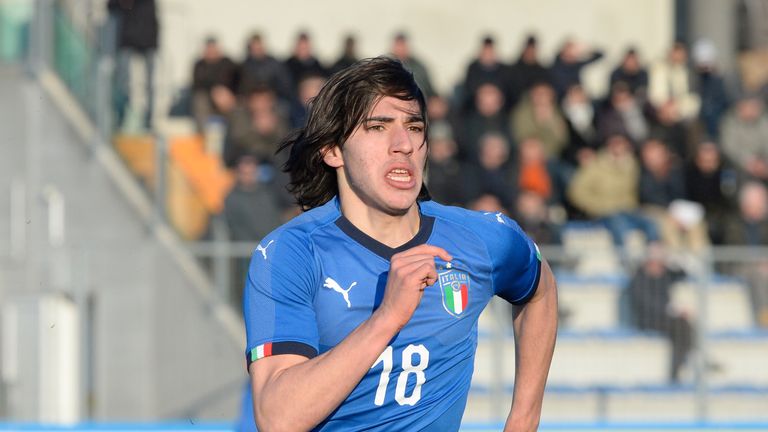 Liverpool have opened formal transfer talks to sign Sandro Tonali and Brescia are ready to do business if £30.4m is put on the table, according to Gazzetta dello Sport journalist Nicolo Schira.

Tonali has been with Brescia his entire career and progressed through the youth ranks before breaking in to the first team set-up in 2017. He’s now established himself in the starting eleven having been virtually ever present this season – missing just one Serie B game through suspension.

The 18-year-old’s huge potential has alerted some top European clubs with Brescia owner Massimo Cellino confirming recently that Liverpool had been in touch to express their interest in taking Tonali England while Roma have also made contact about the teen star.

The former Leeds United owner is quoted by the Express as saying last week:

“Yes, Roma have asked me about Tonali. I’ve talked about him to [Roma director Mauro] Baldissoni several times, but I want to keep the lad as long as possible.

“Is he ready? I don’t know, he’s 18. But Liverpool also contacted me a little while ago.”

Gazzetta dello Sport journalist Nicolo Schira has now claimed that Liverpool have opened transfer talks about a deal to sign Tonali and suggests that Brescia will cash-in if £30.4 [€35m] is put on the table. The reporter also says that Liverpool sent scouts to watch the deep-lying playmaker during Brescia’s thrilling 4-4 draw with Spezia on Sunday which saw Tonali open the scoring.

However, the Merseysiders will face stiff competition as not only are Roma in the running but Schari claims that Juventus, Inter Milan and AC Milan have also shown a serious interest in signing the teenager ahead of the summer.

#Liverpool has opened talks for Sandro #Tonali. Reds scout has watched him in #BresciaSpezia today. Cellino wants for the young midfielder (born in 2000) €35M. Roma, Juventus, Milan and Inter also heavily interested for the next season. #transfers #LFC

Jurgen Klopp invested in his midfield last summer after splashing out on Naby Keita and Fabinho so the Liverpool boss isn’t expected to make any serious additions to his squad this month.

However, James Milner is coming towards the end of his career, Jordan Henderson has struggled with niggling injuries and Adam Lallana is tipped for a move so Liverpool could be viewing Tonali as a long-term solution and may allow him to remain at Brescia until the summer if they can agree a deal.

The youngster was called up to the senior Italian squad last November so he looks to have a huge future ahead of him and I think he’d be an exciting addition to Liverpool’s squad if they could win the race for his signature.