Sergio Aguero scored a hat-trick as Manchester City closed the gap on Liverpool with a 3-1 victory over Arsenal at the Etihad Stadium this evening. 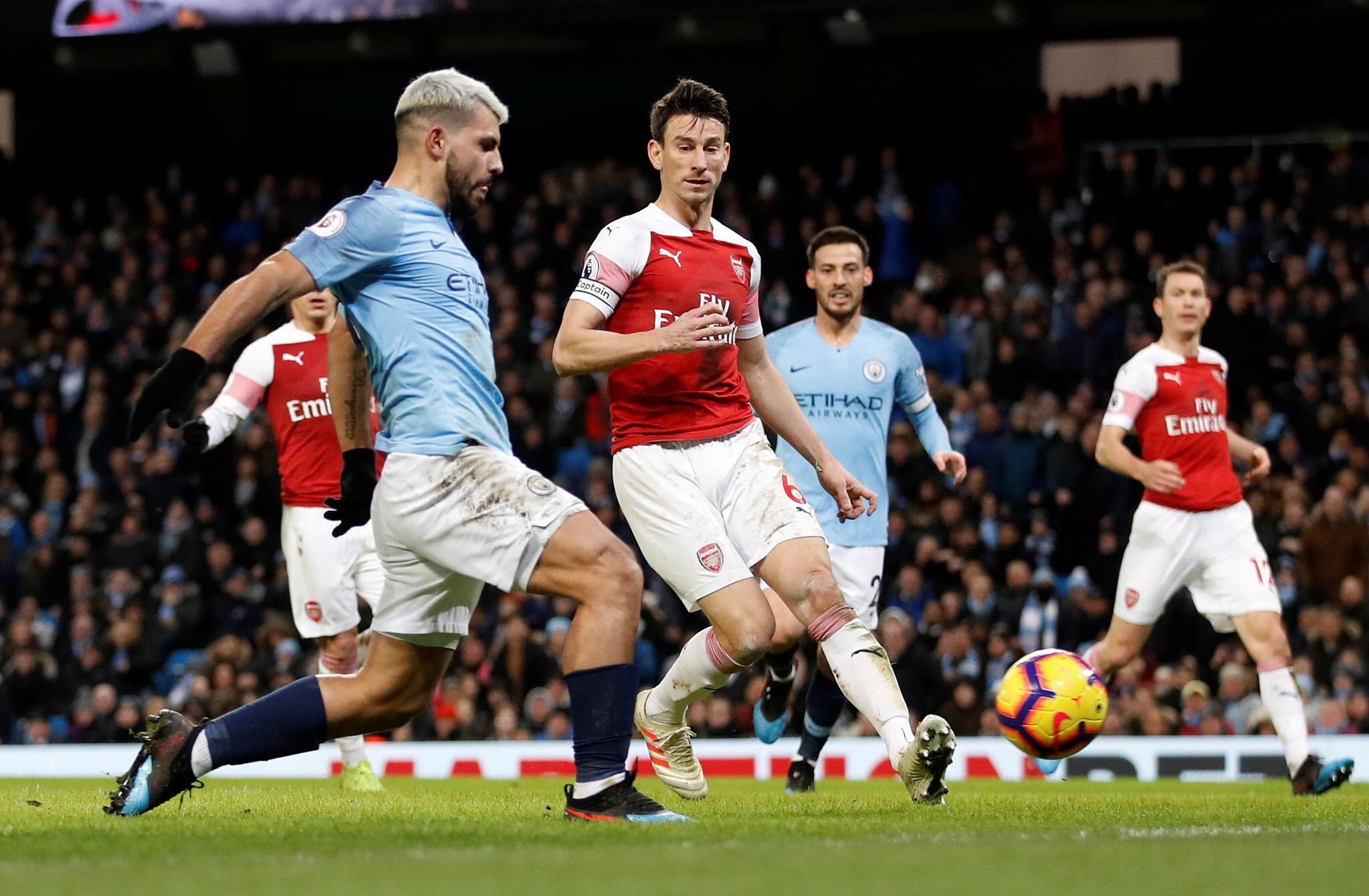 Sergio Aguero scored a hat-trick as Manchester City closed the gap on Liverpool with a 3-1 victory over Arsenal at the Etihad Stadium this evening.

City came flying out the blocks and opened the scoring after just 48 seconds as Sergio Aguero headed home from close range following an Aymeric Laporte cross after Arsenal failed to clear their lines.

The hosts could have had a penalty just minutes later when Aguero appeared to be pulled down by Shkodran Mustafi while Laporte had a goal ruled out for offside as City pushed for the second goal.

Arsenal equalised in the 11th minute when Laurent Koscielny was on hand to head home from close range from a Nacho Monreal flick-on following a Lucas Torreira corner.

The Gunners held their own for most of the first half but just as it looked like they’d go in to half-time all squad, City restored their lead as he tapped home at the far post following a wonderful team move.

Man City made it 3-1 midway through the second half as Aguero bundled home after Bernd Leno could only parry a Sterling cross – although replays showed the ball went in off the striker’s arm.

City eased to the 3-1 win that closes the gap on Liverpool to just two points ahead of their trip to West Ham while Arsenal are now sixth.