Arsenal boss Unai Emery has been handed a timely injury boost as Henrikh Mkhitaryan is targetting a first team return this weekend. 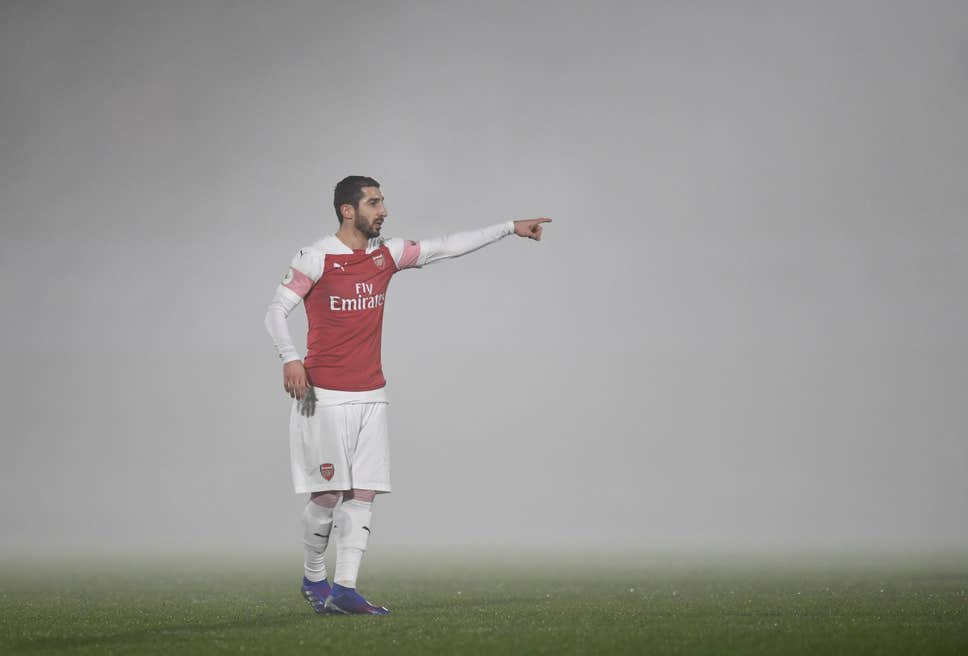 Arsenal boss Unai Emery has been handed a timely injury boost as Henrikh Mkhitaryan is targetting a first team return this weekend after making his comeback for the U23’s last night.

Mkhitaryan hasn’t played for Arsenal since fracturing his foot during our Carabao Cup quarter-final defeat to Tottenham Hotspur at the Emirates Stadium on December 19th.

The 30-year-old resumed full training over 10 days ago but Emery has eased him back in to first team action and decided against including the playmaker in his squad for Sunday’s 3-1 defeat at Manchester City.

Instead, Mkhitaryan was pencilled in to start for the U23’s against West Ham at Boreham Wood on Monday night and the Armenian international got a useful 45 minutes under his belt.

However, with Arsenal leading 3-0 at the break thanks to goals from Eddie Nketiah, Joe Willock and Konstantinos Mavropanos, the match had to be called off due to heavy fog so Mkhi was unable to complete the game.

Speaking after the match, Mkhitaryan thanked the Arsenal medical staff for helping him work through his latest injury and says he hopes he can now stay fully-fit for the rest of the season.

on how he felt…
After a while, I came back. I started playing with the under-23s and I’m very happy. I hope that I won’t have any more injuries and I will keep playing.

on how helpful all the staff have been…
I’m thankful to everyone who has been working with me. To the medical staff, to the fitness coach and everyone, even to my team-mates. They were supporting me every day. It’s life, everything is happening and you can get injured or something like that. I hope that no one gets injured any more and the team can be fully fit for the next games.

Mkhitaryan will now be targetting a return to the squad for Arsenal’s Premier League trip to Huddersfield on Saturday afternoon as we look to get back on track following the defeat at City.