Arsenal are on course for a transfer battle with Chelsea over the signing of RB Leipzig centre-back Ibrahima Konate this summer, according to reports

The January transfer window is closed but managers are still looking ahead to the summer so we’ll bring you all the latest news and gossip from around the globe. Today, Arsenal and Chelsea are linked with Ibrahima Konate…. 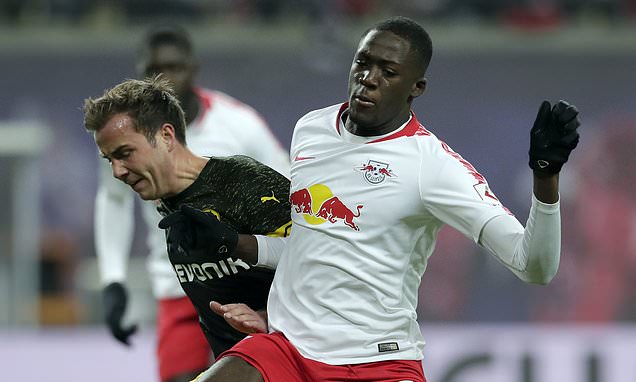 Arsenal are on course for a transfer battle with Chelsea over the signing of RB Leipzig centre-back Ibrahima Konate this summer, according to reports in Germany via The Sun.

Unai Emery is expected to continue overhauling the squad he inherited from Arsene Wenger this summer and defence has continued to be an area of concern with the Gunners conceding 36 goals in their 25 Premier League games so far this campaign.

Laurent Koscielny is coming towards the end of his career, Rob Holding has been ruled out for up to nine months with a knee ligament injury while doubts continue over Shkodran Mustafi so Arsenal are being tipped to sign a new centre-back this summer.

The Sun claims Emery will be handed just £40m to spend on new recruits and they cite Sport Bild as saying the Arsenal boss now identified Konate as a potential target after sending scouts to watch the talented teenager in action this season.

The German publication suggests that Emery has received glowing reports on the 19-year-old after Arsenal representatives watched him put in some excellent displays to help Leipzig sit fourth in the Bundesliga table.

Emery is now plotting a move for Konate ahead of the summer window but Arsenal will face competition as the newspaper claims that Chelsea are also keen on the defender after sending their own scouts to watch him recently.

Gary Cahill is expected to leave Stamford Bridge at the end of the season so Maurizio Sarri could be eyeing Konate as a potential replacement for the long-serving former England international.

We’ll have to wait and see how things develop over the coming months but Konate has developed in to one of the most highly-rated young centre-backs in German football since joining Leipzig from Sochaux in 2017 so he’d be an exciting signing for Arsenal or Chelsea.