From Italy: Arsenal and Chelsea in battle to sign £26m international midfielder

The January transfer window is closed but managers are still looking ahead to the summer so we’ll bring you all the latest news and gossip from around the globe. Today, Arsenal and Chelsea are linked with Franck Kessie… 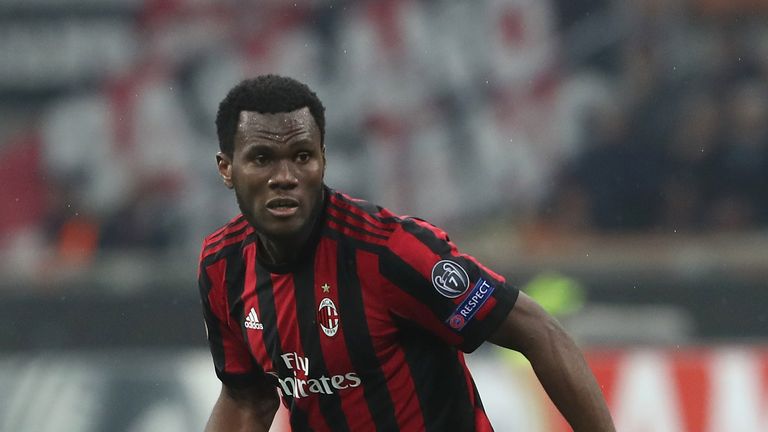 Arsenal and Chelsea face a battle to sign Franck Kessie as Paris Saint-Germain are considered the front-runners to land the £26m-rated midfielder this summer, according to CalcioMercato.

Kessie made his name at Atlanta after coming through their youth ranks before emerging as one of the most exciting young midfielders in Italian football and he joined AC Milan on an initial two-year loan in 2017.

The San Siro giants have an obligation to sign Kessie for around £28m this summer and it’s proved to be a decent piece of business as the 22-year-old has been a key player under Gennaro Gattuso having made 27 appearances in all competitions this season.

However, it seems Milan may be forced to cash-in on Kessie this summer with CalcioMercato claiming the Italians are ready to listen to offers worth in the region of £26m to help balance the books amid an on-going investigation for breaching Financial Fair Play rules.

The situation has alerted clubs here in the Premier League as the Italian outlet says London duo Arsenal and Chelsea have been showing an interest in signing Kessie at the end of the season.

Arsenal are expected to be in the market for another midfielder after Aaron Ramsey confirmed he’ll be joining Juventus on a free transfer at the end of the season and it seems Unai Emery may be eyeing Kessie as a replacement.

Chelsea are also likely to sign a new midfielder in the summer after failing to replace Cesc Fabregas following his move to Monaco in January and Kessie is reportedly also on Maurizio Sarri’s radar.

However, it looks like Arsenal and Chelsea have some work to do if they’re to sign the Ivory Coast international as CalcioMercato claims that PSG are currently in pole position to land Kessie if he leaves Milan this summer.

We’ll have to wait and see how things develop over the coming months but it seems there will be a fierce battle to sign Kessie and the midfielder would be an excellent addition for Arsenal or Chelsea if either club could win the race.