Man Utd have suffered a double injury concern after Jesse Lingard and Anthony Martial picked up knocks ahead of games with Chelsea and Liverpool. 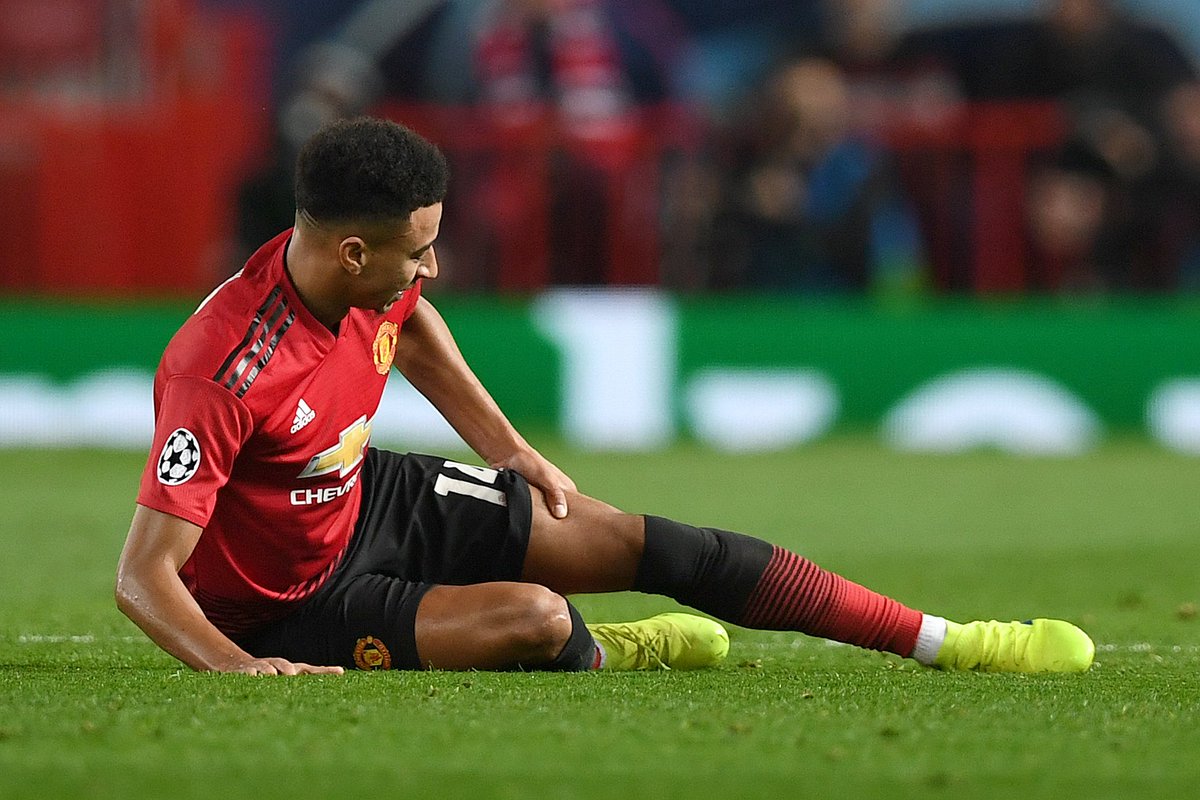 Manchester United have suffered a double injury concern after Jesse Lingard and Anthony Martial picked up knocks ahead of crunch games with Chelsea and Liverpool.

Lingard was recalled to start in attack against Paris Saint-Germain last night while Martial kept his place for the Champions League last-16 first leg tie after scoring a superb goal against Fulham at the weekend.

However, neither player was able to take part in the second half against the French giants after picking up injuries during the closing stages of the opening forty-five minutes at Old Trafford.

Martial required treatment after suffering a groin issue late in the first half and while he soldiered on until the break, the French international failed to come out after the interval after being replaced by Juan Mata at half time.

Lingard pulled up clutching his left hamstring after playing a pass in first half stoppage time and the 26-year-old was immediately substituted with Alexis Sanchez coming on to replace the England ace.

Speaking after the game, Ole Gunnar Solskjaer confirmed the muscle injuries and said the club will now have to wait a few days before finding out how long the attacking duo will be on the sidelines for.

“You can’t give that [the injuries] as a reason [why we lost] because we have players like Mata and Sanchez to come on and they’re quality players. But, of course, Jesse and Anthony, they give us something. Let’s hope they’re not too serious.

”They’re muscle injuries, so we’ll just have to wait a couple of days.

“Jesse and Anthony are big parts of our squad and when they went out, in the second half we didn’t have enough movement,” Ole added at his press conference.

“We maybe need to find a different way of playing when Jesse and Anthony are unavailable.”

We’ll have to wait and see how serious the injuries are but Lingard and Martial must now be considered as major doubts for Man Utd’s FA Cup fifth round trip to Stamford Bridge to face Chelsea on Monday night.

United also have a huge game against Liverpool coming up at Old Trafford in 11 days time so they’ll be praying Lingard and Martial aren’t ruled out for too long as they look to bounce back from last night’s disappointing defeat.

The Red Devils certainly missed Lingard and Martial as they slumped to a 2-0 defeat with second half goals from Presnel Kimpembe and Kylian Mbappe putting PSG firmly in control of the last-16 tie.