Arsenal slumped to an embarrassing 1-0 defeat to BATE Borisov in the first leg of our Europa League last-32 clash this evening. Watch highlights here 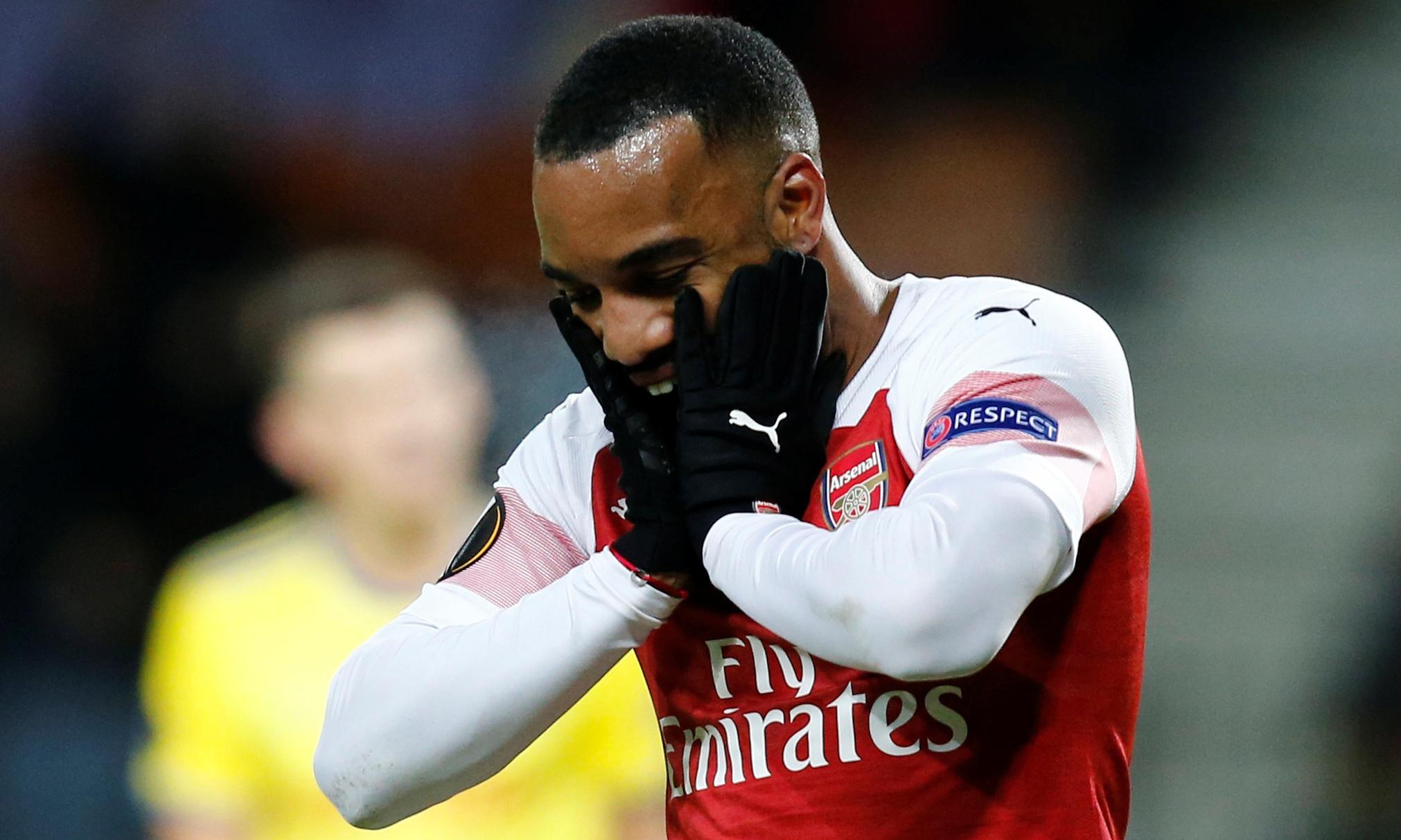 Arsenal slumped to an embarrassing 1-0 defeat to BATE Borisov in the first leg of our Europa League last-32 clash this evening.

We started reasonably well and should have opened the scoring early on but Henrikh Mkhitaryan saw a close-range effort saved when he should have made it 1-0 for Arsenal.

Unai Emery’s side enjoyed the vast majority of possession in the first half and Alexandre Lacazette also wasted a great chance to break the deadlock when he headed over when well positioned.

We were made to rue those missed chances as BATE grabbed the opening goal and it was more poor Arsenal defending. Nacho Monreal gave away a silly foul and Stanislav Dragun headed home from the resulting free-kick under a poor challenge from Sead Kolasinac.

Lacazette thought he’d equalised early in the second half but it was ruled out for offside and we struggled to create anything of note for the remainder of the game.

Any hopes of finding a late equaliser were dented when Lacazette was shown a straight red card for throwing an elbow and we couldn’t find a way through so Arsenal crashed to an embarrassing 1-0 defeat in Belarus this evening.