The January transfer window is closed but managers are still looking ahead to the summer so we’ll bring you all the latest news and gossip from around the globe. Today, the latest on Joao Felix…

Manchester United are facing a tough battle with Real Madrid and Barcelona to sign £100m-rated Benfica attacker Joao Felix this summer, according to the Mirror.

Felix was a product of the youth system at Porto but joined Benfica in 2015 and has developed in to one of the most sought after young talents in European football since establishing himself as an important first team player.

The 19-year-old has provided 9 goals and 5 assists in his 22 appearances in all competitions so far this campaign and he’s tipped for a call-up to the senior Portuguese squad having already represented his country at U21 level.

His potential has alerted clubs here in the Premier League with The Sun reporting last week that Liverpool had seen an opening £60m offer rejected by Benfica while Man Utd have also expressed their interest in signing the wonderkid.

However, the English giants face a tough battle to lure Felix to the Premier League as the Mirror claim that Real Madrid and Barcelona are leading Man Utd in the chase to sign the Benfica attacker.

The newspaper says that sources from Portugal have informed them that Benfica expect Felix to join one of the La Liga heavy-weights at the end of the season after Barca and Real both registered their interest. 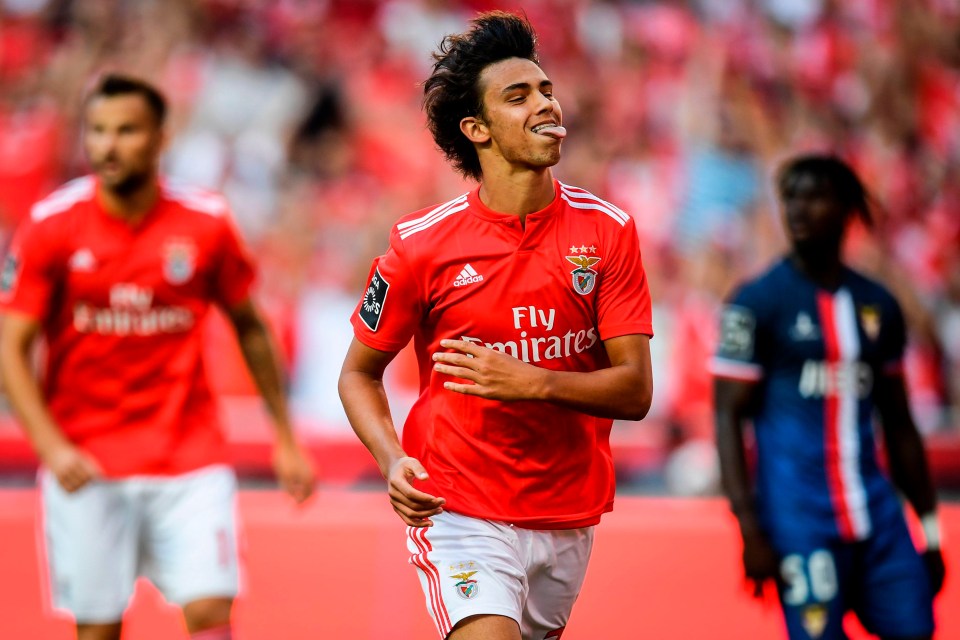 The Mirror claim that scouts from interested parties have watched Felix score during recent wins over Boavista, Nacional and Sporting Lisbon and a summer auction is now expected over his signature.

It remains to be seen whether Liverpool will continue their pursuit after reportedly seeing £60m turned down as the Mirror suggest that Felix’s price-tag could reach around £100m with the likes of Madrid, United and Barca all battling it out.

That kind of money would be a record for both English clubs as it would trump the £89m United paid for Paul Pogba while it would also beat the £75m Liverpool paid for Virgil van Dijk.

We’ll have to wait and see how things develop over the coming months but it seems likely that Felix will be on the move to one of Europe’s biggest clubs this summer – let’s just hope he comes to England as he looks to be a huge talent.