Arsenal and Chelsea have discovered their fate after the draw for the last-16 of the Europa League was conducted this afternoon.

Arsenal and Chelsea have discovered their fate after the draw for the last-16 of the Europa League was conducted this afternoon.

After breezing through the group stages, Arsenal were made to work a little harder in the last-32 as they had to recover from a 1-0 first leg defeat to ease past BATE Borisov 3-1 on aggregate following a comfortable win at the Emirates Stadium on Thursday night.

The Gunners have now been drawn to face Rennes in the next phase after the Ligue 1 outfit beat Real Betis 6-4 on aggregate. The first leg will be played at the Emirates on March 7th before the return leg in France on the 14th.

Chelsea also progressed as group winners and after winning the first leg 2-1 in Sweden last week, the Blues wrapped-up a comprehensive 5-1 aggregate win over Malmo FF with a 3-0 victory at Stamford Bridge last night.

Maurizio Sarri’s side will now take on Dinamo Kyiv after they beat Olympiacos 3-2 in the previous round. The first leg will take place at Stamford Bridge on March 7th with the return leg in Ukraine the following week.

Arsenal and Chelsea are two of the favourites to win the Europa League and the London duo will be confident of progressing to the quarter-finals following today’s last-16 draw. 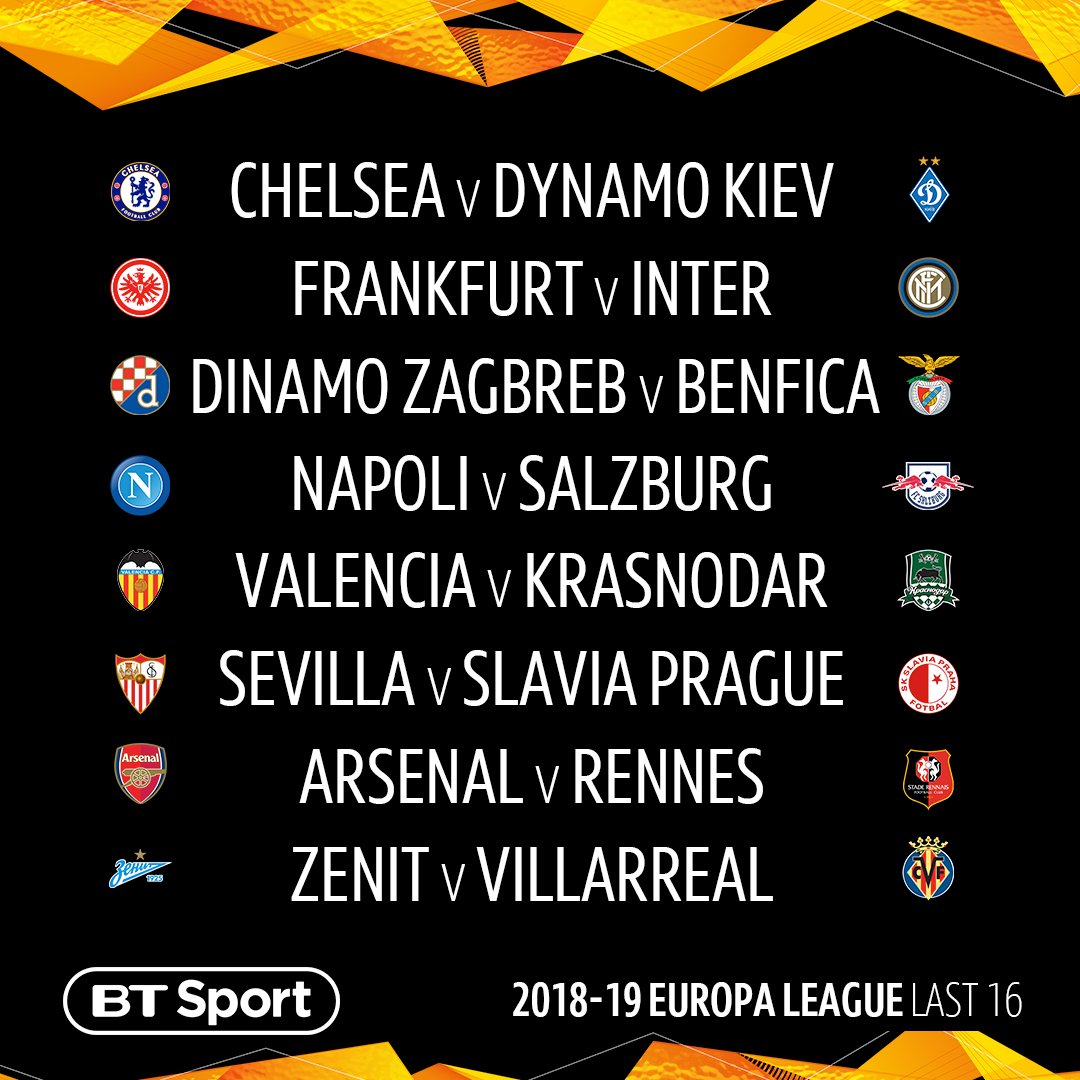