Here is our match preview ahead of Arsenal’s Premier League clash with Southampton including team news, expected line-ups and prediction

Arsenal will be looking to keep the pressure on the top four with a win over Southampton at the Emirates Stadium on Sunday afternoon.

We’ve been focussed on the Europa League over the past 10 days after easing in to the last-16 thanks to a 3-1 aggregate victory over BATE Borisov following our comfortable win at the Emirates on Thursday night.

However, we must turn our attention to domestic matters tomorrow as Arsenal are involved in a fierce battle for the top four. We currently sit fifth in the Premier League table – level on points with Chelsea and just one adrift of Manchester United.

With Chelsea playing in the League Cup final and United facing a tough game against Liverpool, Arsenal have an excellent opportunity to put ourselves in to pole position for Champions League qualification.

We’ll take on a Southampton side that are also desperate for points but at the other end of the table as they slipped in to the bottom three following their dramatic 2-1 defeat to Cardiff City last time out.

Arsenal will hand a late fitness test to Laurent Koscielny after he limped out of the 3-0 win over BATE in midweek with a calf problem and I don’t think he’ll be risked from the start tomorrow.

Sokratis Papastathopoulos is expected to be recalled but Ainsley Maitland-Niles will be given a late check after missing the Europa League game on Thursday night due to illness.

Alexandre Lacazette is back in the squad after missing the BATE game through suspension but Danny Welbeck, Hector Bellerin and Rob Holding remain out with long-term injuries.

Mesut Ozil will be hoping to retain his place after an impressive return to the team in midweek while Bernd Leno, Sead Kolasinac and Lucas Torreira are all pushing for recalls.

Southampton will be without Mario Lemina and Danny Ings but Stuart Armstrong and Michael Obafemi could be in contention. 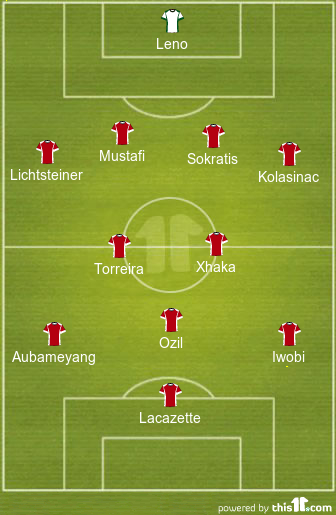 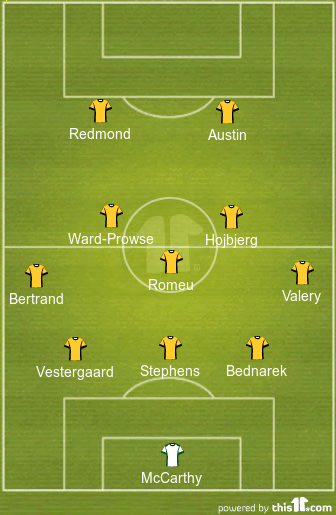 Arsenal 2-0 Southampton: We lost the reverse fixture at St Mary’s which ended our unbeaten run but Arsenal haven’t lost at home to Southampton in the last 23 meetings so we should be confident of a result tomorrow. We may not be playing our best football under Emery but I still think we’ll have more than enough to beat the Saints on home soil with Lacazette getting on the score-sheet.