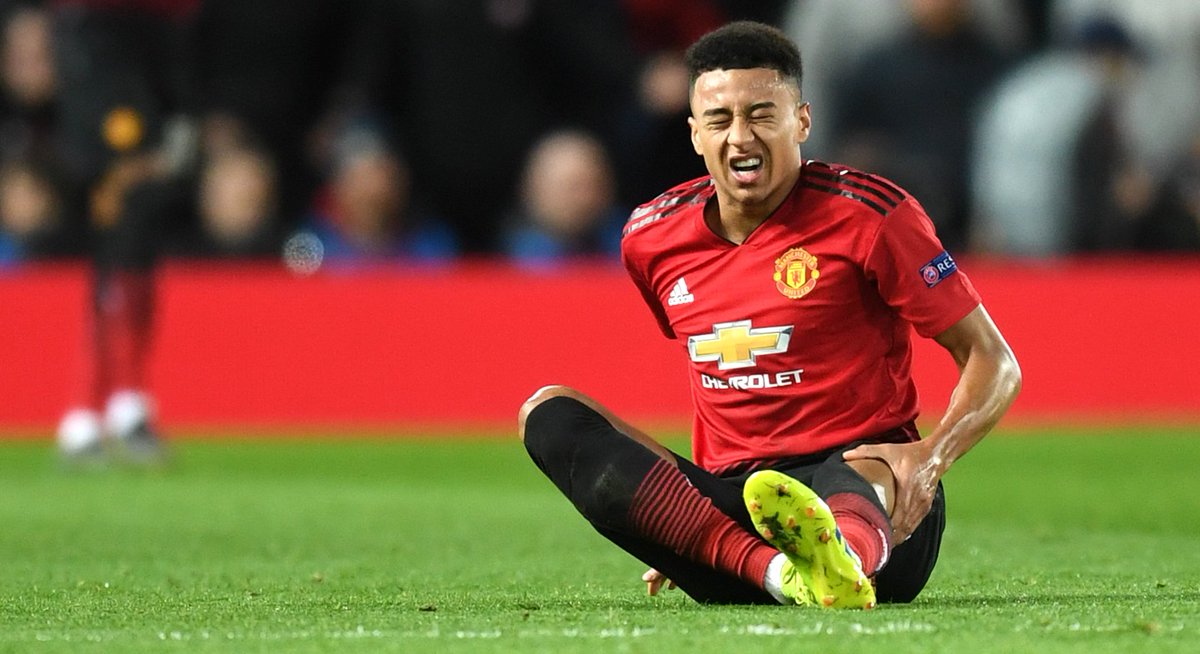 United went in to the game at Old Trafford off the back of an excellent domestic run and were hoping to boost their top four hopes with another victory over title-contenders Liverpool on Sunday afternoon.

However, Solskjaer’s game-plan went out the window after Man Utd suffered a number of injury problems that forced the Manchester giants in to making all three of their substitutions before half-time.

The first issue came in the 20th minute when Ander Herrera went down holding his hamstring and the Spanish midfielder limped off to be replaced by Andreas Pereira.

Just five minutes later, Juan Mata needed treatment after being on the wrong end of a robust challenge from James Milner. The United attacker tried to continue but was eventually forced off with Jesse Lingard coming on.

However, Lingard was rushed back for the game after missing the FA Cup win over Chelsea last week with a hamstring injury and the midfielder aggravated the issue just 18 minutes after coming on against Liverpool.

United were forced to sub their sub with Alexis Sanchez coming on to replace Lingard in the 43rd minute meaning Solskjaer had used all of his substitutes before the half-time interval. 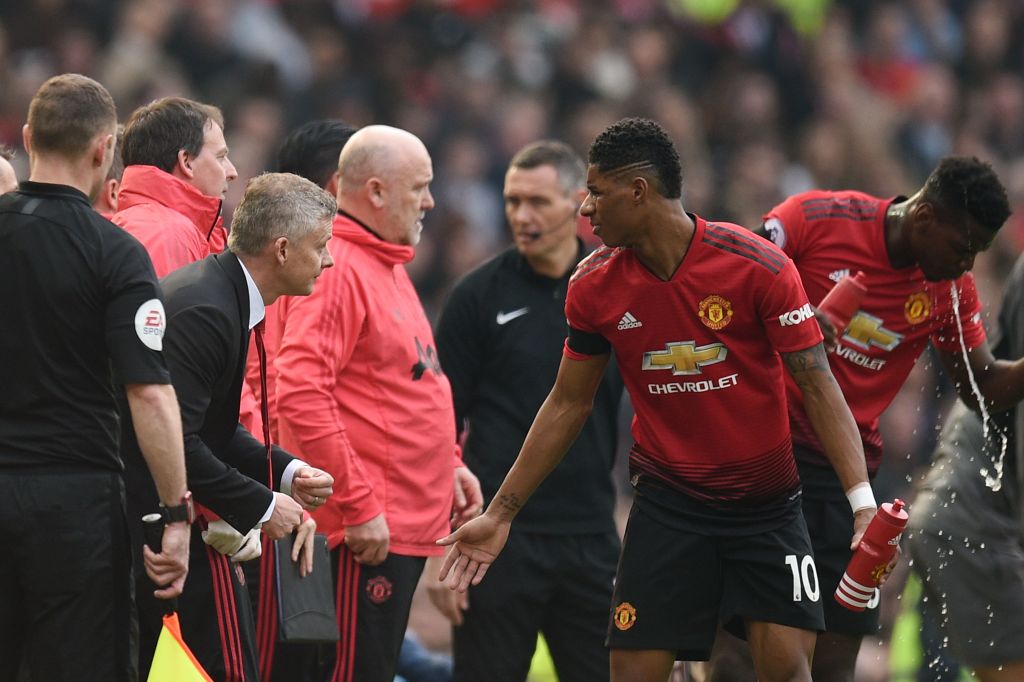 However, things got worse for United as Rashford also picked up an ankle injury during the opening forty-five minutes against Liverpool after being taken out by Jordan Henderson early on.

Rashford tried to continue and didn’t look comfortable during the remainder of the first half but the striker was forced to hobble on for the rest of the game as United had no subs left to use.

“We probably we should have taken Marcus off as well. He was injured in the first minute, with the first tackle they made on him – one of plenty. [Jordan] Henderson went through him, his ankle is like a balloon, and that was one of many fouls on him. If that’s not an accumulation of fouls I don’t know [what is].”

When asked if he is worried Rashford has made the injury worse by carrying on yesterday, Solskjaer continued:

Very, but he’s a warrior and he’s a Manc and he knows what this means. We had to keep him on, because we already had to make three subs.

You’re never surprised in football. You’ve always got to be ready for anything, [even] losing three players in the first half with hamstring injuries.

United will assess Rashford, Lingard, Mata and Herrera to determine the full extent of their injuries but the quartet are now major doubts for Wednesday night’s clash with Crystal Palace at Selhurt Park.

The injuries are now starting to pile up again for United as Nemanja Matic missed the Liverpool game with a muscle injury that he sustained in training last week while Anthony Martial also sat out the match with a groin strain.

With Matteo Darmian, Antonio Valencia and Marcos Rojo also not 100 percent fit, United currently have NINE players on the treatment table which will be a huge concern for Solskjaer as he prepares for a key part of the season.