The January transfer window is closed but managers are still looking ahead to the summer so we’ll bring you all the latest news and gossip from around the globe. Today, Man Utd are linked with Liverpool target Bruno Fernandes…

Manchester United have opened talks with the agent of Sporting Lisbon captain Bruno Fernandes after stepping-up their interest in signing the attacking midfielder ahead of Liverpool, according to reports in Portugal via the Daily Mail.

Fernandes joined Sporting from Sampdoria in 2017 and has been pivotal in their rebuilding job after nine players tore up their contracts after being attacked at the clubs training ground by disgruntled fans last season.

While the likes of Rui Patricio, William Carvalho and Gelson Martins walked away, Fernandes decided to stay at the Jose Alvalade Stadium and has thrived under new boss Marcel Keizer this season.

The 24-year-old has provided 22 goals and a further 11 assists in all competitions making him one of the most dangerous players in Europe this campaign to help Sporting challenge for a top three place in the Primeria Liga table.

The Portuguese international’s superb form hasn’t gone unnoticed here in England as the Daily Mail claims that Liverpool have been linked with a big-money move for Fernandes ahead of the summer as Jurgen Klopp looks to further strengthen his squad.

However, the Merseysiders will face stiff competition as the newspaper is citing a report from A Bolo that claims Man Utd have also expressed their interest in signing Fernandes after opening talks with his agent about a potential move. 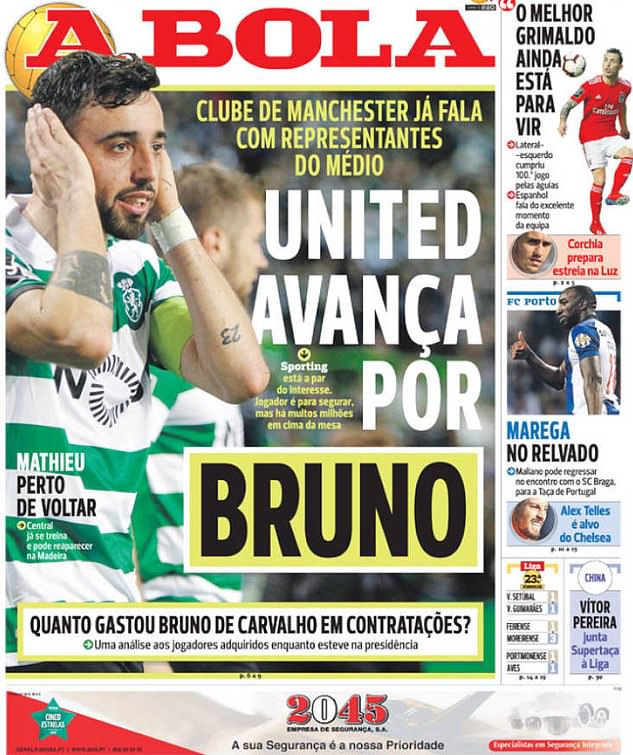 The Portuguese outlet suggests that Sporting may be willing to cash-in if the price is right as the club are struggling financially so could do with the cash injection that selling Fernandes would bring.

Man Utd are expected to be active in the market this summer as they look to build a squad capable of competing for top honours again and Fernandes would provide Ole Gunnar Solskjaer – or whoever is in charge next season – with another top quality option in the attacking midfield role.

The Sporting star would no doubt be tempted by a move to Old Trafford but it seems Liverpool are also sniffing around so it could be an interesting transfer battle between the north-west giants this summer.