Jurgen Klopp has confirmed a major injury boost ahead of Liverpool’s clash with Watford but two other players could miss the game. 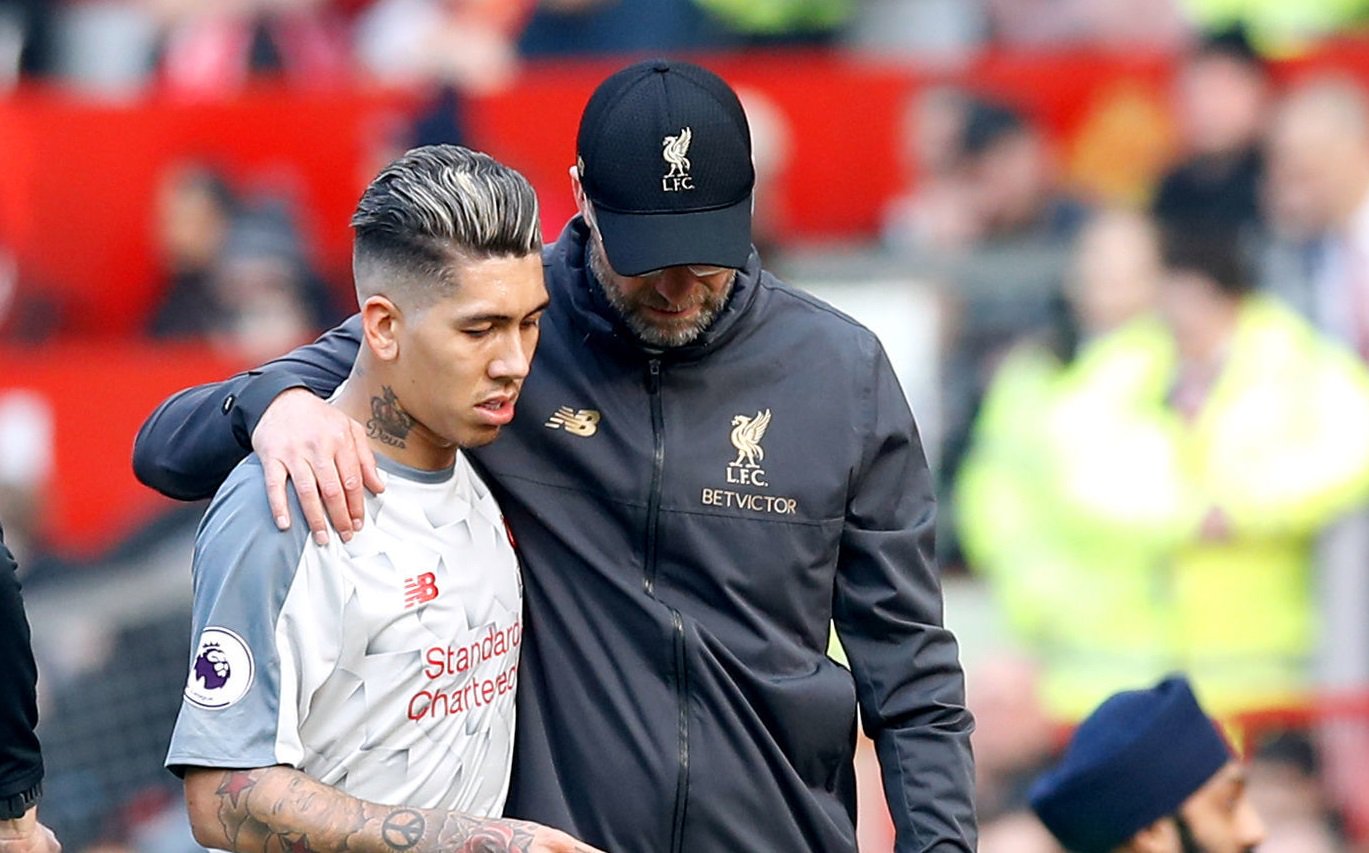 Liverpool will be looking to cement their position at the top of the table with a win over Watford at Anfield on Wednesday night.

Ahead of the game, Jurgen Klopp has been speaking to the media at his pre-match press conference this afternoon and he’s provided the latest team news including updates on Roberto Firmino, Naby Keita and Dejan Lovren.

The Reds boss was pleased to confirm a huge boost with the news that Firmino’s injury isn’t as bad as first feared and the striker could yet be in contention to face Watford tomorrow night.

Firmino limped off during the first half of Liverpool’s 0-0 draw with Manchester United on Sunday afternoon after suffering an ankle injury and there were concerns the striker was facing a spell on the sidelines.

However, Klopp has confirmed the injury isn’t serious and while Firmino will be assessed before a decision is made over his availability tomorrow, the Reds boss admitted he wouldn’t be surprised if the South American was passed fit as he’s known to be a quick healer.

Klopp also provided the latest on Lovren and the Croatian international is getting closer to recovering from a niggling hamstring injury but tomorrow’s game will come too soon for the defender.

Liverpool also have a doubt over Keita as Klopp revealed the midfielder has been suffering from illness recently. The 24-year-old is expected to resume training today so he’ll be given a late fitness check before a decision is made over his availability against Watford.

“He looks good, we were obviously lucky. It is not as serous as we thought in the first moment, but if Bobby leaves the pitch it is not a good sign.

“We play tomorrow and it will be very close for that, but there’s still a chance for the derby [on Sunday].

“Because it’s Bobby, I would say ‘yes [there is a chance for Watford]’, but I don’t know if I would use that chance.

“Writing Bobby off is a big mistake because he recovers very quick.”

Klopp on Lovren: "Getting closer but not for tomorrow."

Klopp says Keita a doubt for Watford – "Baby was ill yesterday. He is back in today so we will see." #LFC

Klopp gave no update on Andrew Robertson so the full-back is expected to be available despite picking up a minor arm injury at Man Utd on Sunday but Joe Gomez and Alex Oxlade-Chamberlain remain on the sidelines.

Liverpool head in to the game tomorrow night sitting one point clear of Manchester City at the top of the table so they’ll be looking to at least maintain that advantage by beating Watford at Anfield.