Here is our match preview ahead of Arsenal’s Premier League clash with Bournemouth including team news, expected line-ups and prediction

Arsenal will be looking to cement their position in the top four with a win over Bournemouth at the Emirates Stadium this evening.

We head in to the game sitting fourth in the Premier League table – one point clear of Manchester United and three ahead of Chelsea – so Arsenal can consolidate that position with victory over the Cherries.

An injury-hit United head to Crystal Palace tonight while Chelsea face a tough match against Tottenham so this is a great opportunity for Unai Emery’s side to take control of the final Champions League qualification place.

Arsenal come in to the match off the back of a 2-0 victory over Southampton and we’ll now take on a Bournemouth side that sit 12th in the table after being held to a 1-1 draw by Wolverhampton Wanderers on Saturday.

Arsenal will hand a late fitness test to Alex Iwobi after he picked up an ankle injury on Sunday afternoon while Stephan Lichtsteiner is also a doubt after being forced off with a back issue against Southampton.

However, Ainsley Maitland-Niles is available again after recovering from illness so he could return at right-back while Laurent Koscielny, Mesut Ozil and Pierre-Emerick Aubameyang are pushing for recalls.

Hector Bellerin remains out with a serious knee injury and is on the sidelines along with fellow long-term absentees Danny Welbeck and Rob Holding.

Bournemouth will be without midfielder Jefferson Lerma due to suspension while Steve Cook, Junior Stanislas, David Brooks, Callum Wilson, Simon Francis and Lewis Cook are all injured. 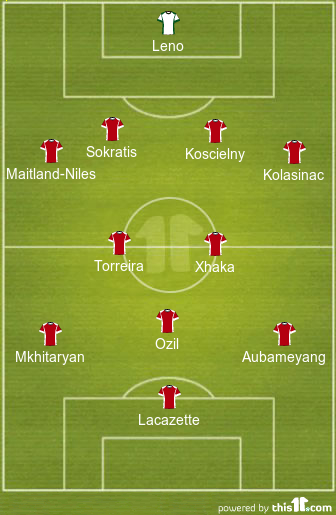 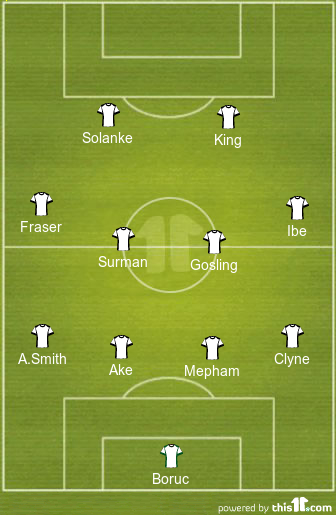 Arsenal 2-1 Bournemouth: Arsenal have won all four of their home league games against Bournemouth and the Cherries have lost each of their last eight matches on the road this season. We have an excellent home record again this campaign [W11 D2 L1] so Emery should be confident of picking up another vital three points. I’m going for a 2-1 Arsenal win tonight.