Pierre-Emerick Aubameyang saw a late penalty saved as Arsenal drew 1-1 with Tottenham at Wembley this afternoon. Watch the goals here 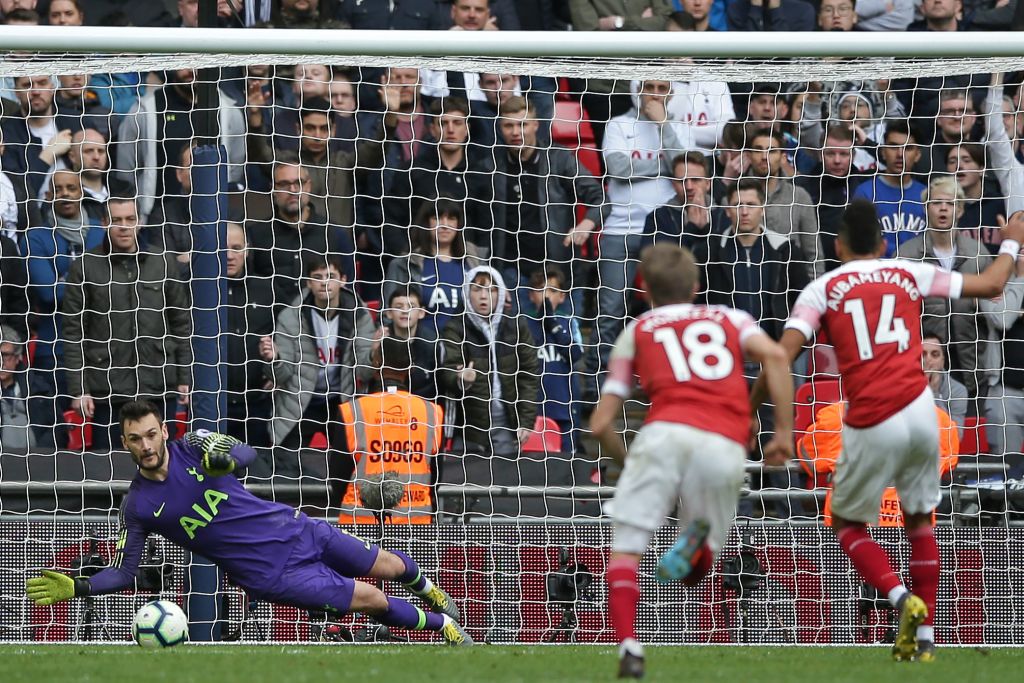 Pierre-Emerick Aubameyang saw a late penalty saved as Arsenal drew 1-1 with Tottenham at Wembley this afternoon.

Arsenal started brightly and opened the scoring in the 16th minute when Alexandre Lacazette sent Aaron Ramsey racing clear and the Welshman kept his cool to round Hugo Lloris and slot home for 1-0.

Harry Kane then saw a goal ruled out for offside less than 10 minutes later as he headed home from a Kieran Trippier free-kick but the celebrations were short lived as the linesman had his flag up.

Bernd Leno then kept Arsenal ahead with a crucial double save as he first denied Christian Eriksen from close range before pulling off a stunning stop to deny Moussa Sissoko on the rebound.

However, Spurs got a stroke of luck in the second half as they were awarded a penalty after Shkodran Mustafi barged Kane in the area – although replays showed the Tottenham striker was offside. The linesman didn’t put his flag up so the penalty stood and Kane made no mistake from the spot to make it 1-1 in the 74th minute.

Arsenal were then given the perfect opportunity to snatch a win when Aubameyang was fouled in the area by Davinson Sanchez. However, the Gabon international saw his effort saved by Lloris and the Gunners hitman then put the rebound over the bar.

Lucas Torreira was then sent off in injury time for Arsenal as a dramatic ending to the North London Derby saw the points shared meaning Spurs remain four points clear of the Gunners in the table.