Arsenal have it all to do at home again after losing the first leg of our Europa League last-16 tie 3-1 to Rennes this evening. Watch the goals here: 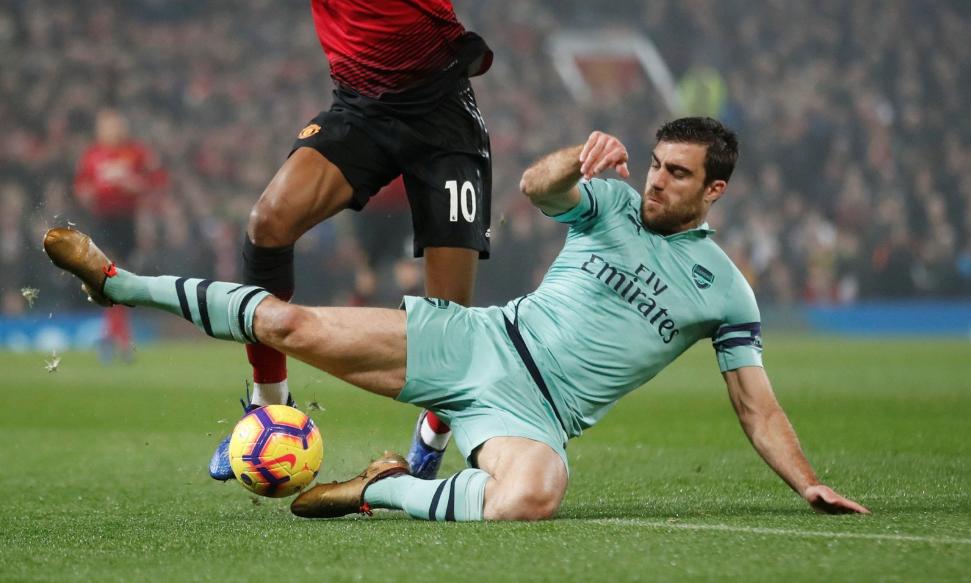 Arsenal have it all to do at home again after losing the first leg of our Europa League last-16 tie 3-1 to Rennes this evening.

It was the perfect start for Arsenal as we opened the scoring in the 4th minute when Alex Iwobi’s cross evaded everybody and caught out goalkeeper Tomas Koubek to nestle in the bottom corner for 1-0.

We had opportunities to put the game out of sight with Lucas Torreira and Pierre-Emerick Aubameyang missing the best chances and we were made to rue not making our dominance count as the game turned on it’s head just before half-time.

Sokratis – having already been booked seven minutes earlier – was sent off for a second yellow card in the 41st minute. Rennes then equalised from the resulting free-kick as Benjamin Bourigeaud lashed home a stunning effort at the second time of asking.

We were under intense pressure in the second half and Rennes eventually took the lead – albeit in fortunate circumstances – as Mehdi Zeffane’s cross came off Nacho Monreal and deflected past Petr Cech for 2-1 in the 65th minute.

It looked like Arsenal would get away with a 2-1 defeat but Rennes scored a killer third late on as Ismaila Sarr headed home at the far post to make it 3-1 and leave us needing a big result in the second leg next week.