Here is our match preview ahead of Arsenal’s Premier League clash with Man Utd including team news, expected line-ups and prediction

Arsenal entertain Manchester United at the Emirates Stadium on Sunday afternoon in a game that will have huge implications on how the top four will look at the end of the season.

United currently sit in pole position as they’re one point ahead of Arsenal in fourth place in the Premier League table after coming from behind to beat Southampton 3-2 in a thriller at Old Trafford last weekend.

Arsenal spurned a terrific opportunity to reclaim fourth spot after missing a late penalty to draw 1-1 with Tottenham the following day so the Gunners desperately need a win over Man Utd tomorrow to climb back in to the top four.

However, Unai Emery will need to pick his squad up quickly after the north Londoners slumped to a shock 3-1 defeat to Rennes in the first leg of their Europa League last-16 tie in France on Thursday night.

The mood in the Man Utd camp couldn’t be more different after they booked their place in the quarter-finals of the Champions League with a stunning late 3-1 win over Paris Saint-Germain on Wednesday so they’ll head to the capital full of confidence.

Both Arsenal and United have been given added incentive to win tomorrow after third-placed Tottenham lost at Southampton this afternoon so Man Utd can move level on points with Spurs if they win while victory for Arsenal would see them move to within one point of their rivals.

Arsenal will have to make-do without midfielder Lucas Torreira as he’ll start a three-match ban following his sending off against Tottenham so Matteo Guendouzi is expected to start alongside Granit Xhaka.

Alexandre Lacazette returns to the Gunners squad after being banned in the Europa League on Thursday but Danny Welbeck, Hector Bellerin and Rob Holding remain out with long-term injuries.

Man Utd have been handed a huge boost as Anthony Martial is back in contention after recovering from a groin injury while Nemanja Matic is also set to return to the squad following a muscle problem.

Ander Herrera should also be available again after recovering from a hamstring injury and Paul Pogba is back from a European suspension but Jesse Lingard, Alexis Sanchez, Juan Mata, Phil Jones, Matteo Darmian and Antonio Valencia remain unavailable. 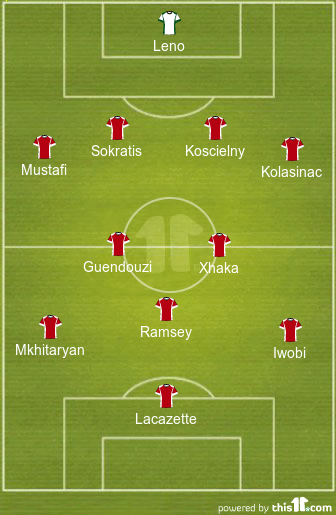 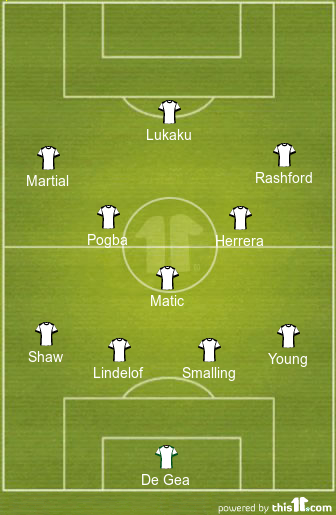 Arsenal 2-2 Man Utd: Arsenal have won two of their last three league home games against Man Utd and have won each of their last eight league games at the Emirates this season so they’re certainly strong on home soil. However, United remain unbeaten under Ole Gunnar Solskjaer and won the FA Cup clash at the Emirates back in January so they’ll be quietly confident of getting a result. Both teams need a win to boost their top four hopes but I predict an entertaining score draw tomorrow.