Liverpool closed the gap on Manchester City to just one point with a 4-2 victory over Burnley at Anfield this afternoon. Watch the goals here 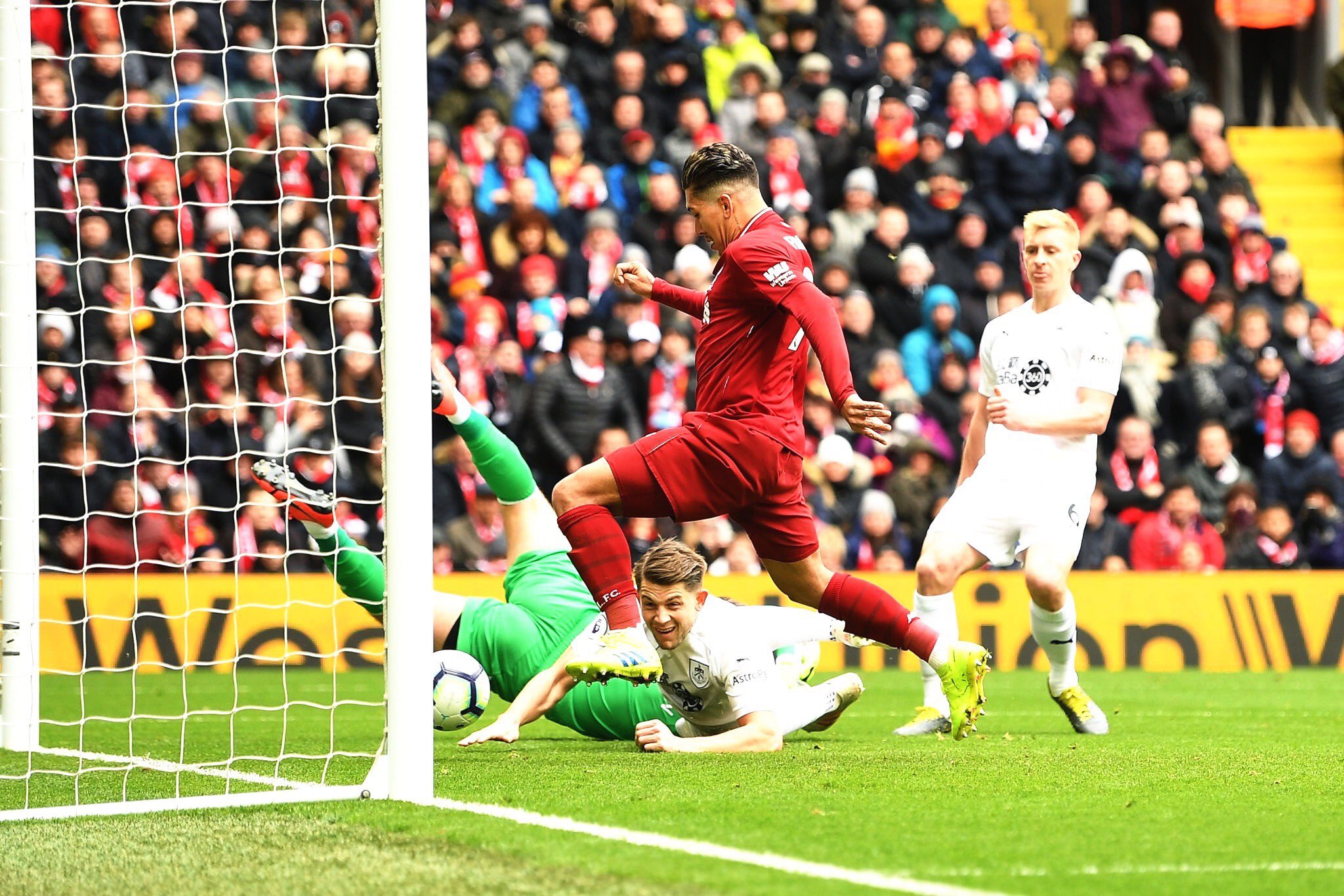 Liverpool closed the gap on Manchester City to just one point with a 4-2 victory over Burnley at Anfield this afternoon.

Burnley took a shock lead during the opening exchanges as Ashley Westwood’s 6th minute corner took full advantage of the blustery conditions as the ball flew straight into the Liverpool net – although the hosts were incensed the goal was allowed to stand as they felt goalkeeper Alisson had been impeded.

However, the Reds responded well and drew level in the 19th minute when Roberto Firmino tapped home from close range following some good work from Mohamed Salah – although the Burnley defence and goalkeeper will be disappointed they didn’t cut out the Egyptians cross.

Liverpool then took the lead 10 minutes later as Sadio Mane curled home a wonderful instinctive effort from inside the area to make it 2-1 in the 29th minute after Burnley failed to clear their lines.

The Merseysiders then extended their lead when Firmino was on hand to make it 3-1 in the 68th minute. Tom Heaton’s poor clearance was picked up by Salah and he drove at the Burnley defence, and although he was stopped by a fine challenge, the ball fell to Firmino who smashed home.

Burnley pulled one back in stoppage time when Gudmundsson scored at the far post but Liverpool went straight back up the other end to restore their two-goal advantage as Mane made it 4-2 after great work from Firmino and Daniel Sturridge.

The victory sees Liverpool close the gap on leaders Manchester City to just one point with eight games left to play.