Pierre-Emerick Aubameyang was on target as Arsenal beat Manchester United 2-0 at the Emirates Stadium this afternoon to move back in to the top four. 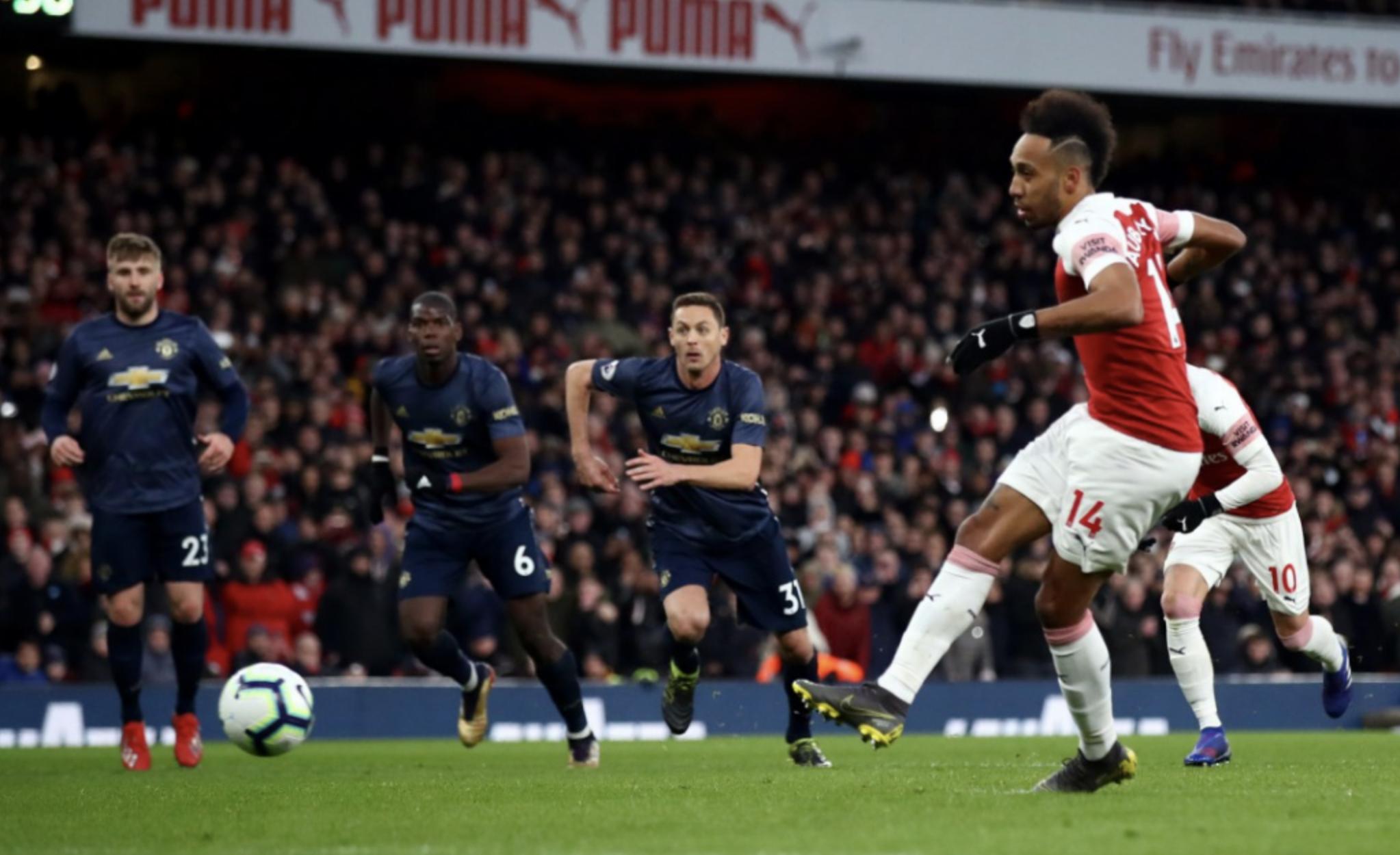 Pierre-Emerick Aubameyang was on target as Arsenal beat Manchester United 2-0 at the Emirates Stadium this afternoon to move back in to the top four.

Arsenal started the brighter of the two teams as they enjoyed some pressure early on but it was United who went closest to opening the scoring when Romelu Lukaku hit the bar from close range in the 9th minute.

The Gunners responded by breaking the deadlock just minutes later as Granit Xhaka caught David De Gea out with a long-range strike. His swerving left-footed effort from 25 yards bamboozled the United keeper and gave Arsenal the lead in the 12th minute.

United grew into the game and had their chances to equalise with Bernd Leno doing well to deny Romelu Lukaku on a couple of occasions and the visitors were made to rue those missed opportunities.

Arsenal were awarded a penalty in the 69th minute after Alexandre Lacazette was bundled over in the box by United midfielder Fred. Aubameyang put his North London Derby miss behind him to slot past De Gea for 2-0.

There were no more goals so Arsenal climb above Man Utd into fourth place in the table and move to within just one point of third-placed Tottenham.